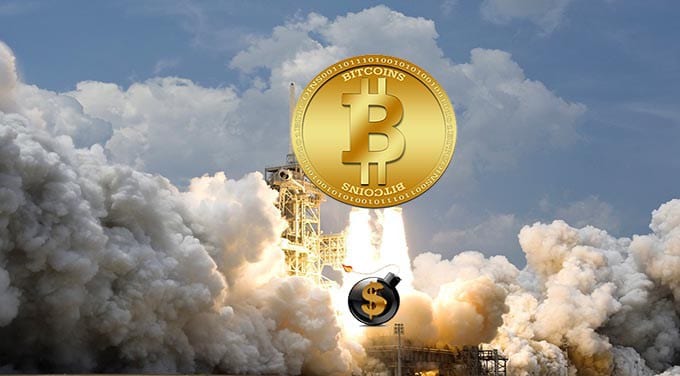 On August 15, the value of Bitcoin hit an all-time high of $4,300, according to CoinMarketCap, indicating a rise of more than 25% in just the last week. The digital currency’s price has more than quadrupled in value this year, from a start of around $990 in January.

The recent surge in Bitcoin’s price past the $4,000 mark can be tied to several factors on the network, namely the recent hard fork, Segregated Witness (SegWit), lock-in of miners and concerns over the global economy.

The price has seen a dramatic rise since August 1, after the Bitcoin network survived a long-contended hard fork. In the first few days after its completion, the price of Bitcoin pushed through $3,000. The rapid rise in value occurred following the release of the psychological bugbear over the issue of the fork and what many have called “overdue” changes to the network.

The prices of Bitcoin continues to rise as the markets push towards a target of $4,500 and perhaps higher in the near term. Arthur Hayes, CEO of BitMEX, states:

“With Segwit implemented, I believe $5,000 Bitcoin is within striking distance’.

The rise in value has proven how crucial the recent evolution of the bitcoin network has been.

The hard fork was initiated to scale the Bitcoin network. Markets saw substantial uncertainty in the days leading to the fork, when several exchanges decided to shut down trading and wait for the change. The network ultimately took the fork well, while awaiting further technological challenges.

The successful out of the fork has shown that the Bitcoin network is adaptable and able to accept changes. The positive outcome has increased stakeholder confidence and led to prices pushing higher.

Another event that has fueled the rise in price is the implementation of Segregated Witness (SegWit). The software upgrade was initiated to make the network faster and to improve the coin’s scaleability. According to Breadwallet CMO Aaron Lasher:

“SegWit is a clever solution that essentially increases transaction capacity for the original bitcoin.”

SegWit provides an opportunity for implementing new payment channels, such as the Lightning Network and side chains. Supporters believe it has increased transaction user-friendliness, which has in turn increased demand from traders, miners and investors alike.

Concern and anxiety over the state of the global economy and the recent North Korea tensions have also contributed to the surge in prices, as investors seek safe-haven assets such as Bitcoin.

‘A rise in international tensions compounds other factors which make digital currencies attractive. There’s a growing mistrust of national currencies, for example, following a number of government policies that have pushed more investors to Bitcoin’.

Increased demand has come mostly from China and Japan. According to CNBC, the recent rally in prices has been due to huge demand from Japanese traders. A large proportion of Bitcoin global trade volumes were transacted in Japanese yen over the last two weeks. As with other safe-haven assets such as gold, demand for BTCs in Japan and South Korea has increased following the tensions between North Korea and the United States in the last week.