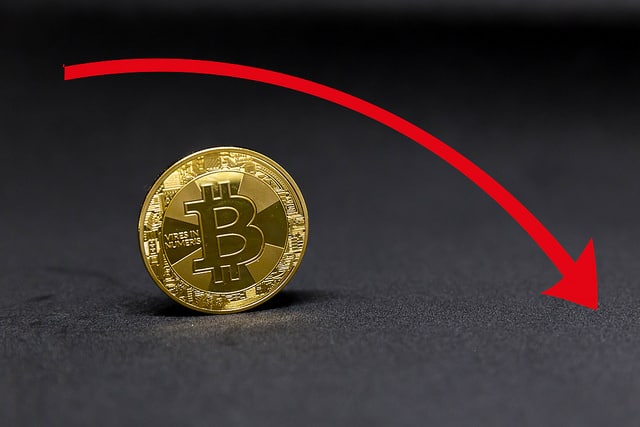 If you’ve invested in BTC (Bitcoin), then it would be tough to disagree that the previous weeks and even months have been a rough time. It would be equally hard to disagree if someone were to say that Bitcoin seems a little lacklustre these days.

The price of Bitcoin has stalled across the $8,000 to $11,300 range for the last month; a drop the crypto-giant has never experienced before. The massive decrease in the number of internet searches with the word ‘Bitcoin’ hints that the interest of the general public has dropped.

According to a senior analyst at Digital Asset Research, Lucas Nuzzi, people have realized that it is not an investment opportunity to get rich quickly without risk, therefore, their interest has faded.

Much scrutiny and legal wrangling are on the cards, and you may think these are the only reasons behind the price drop, but there is also the Google ban imposed on cryptocurrency-related ads.

Some time back, Bitcoin was the talk of the town, but now it is hard to tell (never mind predict) exactly where it would be in the next few months.

All over the news lately, you could have been coming across Bitcoin stories, not for good reasons but only for worrisome ones. Last time there was this level of talk was in December (to be more specific, December 13th) when Bitcoin hit a record high, and according to Blockchain.Info Bitcoin transactions currently are 60% of that record.

President of Endpoint Technologies Associates, Roger Kay states that the story of Bitcoin is easily understandable; with the price up at some point, and the next day tumbling to a record low. He goes on to say that most consumers are realizing the theory that whatever goes up, must have a high chance of coming down: Bitcoin perhaps is not the way to get rich fast.

Bitcoin falls only to stand up again

Nevertheless, a turning point in the story of Bitcoin has always been there, and many times its obituary has been written only for it to come back to life. It faced three declines of 70 percent (or even more) since 2010, only to come back with a bang and reach higher highs.

It is not done yet, as Statista reports there still are 20 million plus customers, even though it is not confirmed how many of them have been active in this rough Bitcoin period lately.

Bitcoin may not be done yet as long as the number of crypto-true believers and speculators remain high. Just recently, Alan Howard, the hedge fund billionaire, invested in cryptocurrencies heavily, so he undoubtedly believes the same too.

For now, Bitcoin might seem lifeless right now, and the decreasing interest of the public might make it a desperate situation, but we cannot presume it is done as yet. In 2013, it tumbled and held down until lifting off in 2017 again, so only time will tell.