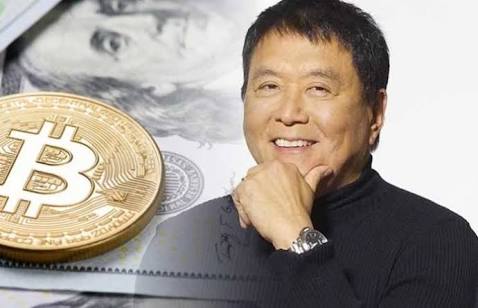 When an author of a book in the finance niche, that sold over 30 million copies tells us that cryptocurrency would outlive Fiat, he is worth taking seriously.

Robert Kiyosaki is the author of “Rich Dad Poor Dad”, he is also an investor, entrepreneur, and a motivational speaker. He is of the opinion that Fiat currency has long outlived its relevance and it is time for cryptocurrency to take over, he predicted that there would be an impending financial crash and only Cryptocurrency, Gold and Silver would be able to survive claiming the dollar is a fake currency. According to Kiyosaki’s prediction, cryptocurrency will come to the rescue after Fiat must have been knocked out by the impending economic crash. He acknowledged that cryptocurrency is “currencies of the people” and is here to stay. On the other hand, he was quick to condemn the dollars, calling it a scam. During his interview with Kim Hughes on Sane Crypto Podcast, he stated:

“The US Dollar is a scam; I think the dollar is a toast because gold and silver and cyber currency are going to take it out.”

Kiyosaki is not alone in his prophecy about a financial crash as other economic analysts and investors also share the same view. Bill Gates (although not optimistic about the prospect of cryptocurrency) also predicts a crash in the financial market.

Although Kiyosaki admitted that his grievances against the dollar are as a result of the removal of the dollar from gold standard. According to him: “In 1971 Nixon took the dollar off the gold standard, and the US dollar became fake money” he feels the dollar will fizzle out. He gave his support mostly for gold and silver over a dollar, but he believes that cryptocurrency is still superior to the dollar and could survive the impending financial crash too. He is not the only one to hold this belief of cryptocurrency’s superiority over dollar,
A report from Swiss multinational bank UBS is of the opinion that Bitcoin will overtake the Dollar soon especially when a Bitcoin reaches $213,000.
Other prominent figures like Apple co-founder, Steve Wozniak have also made similar assertions.


The words of the 71-year old businessman has a lot of significance in the financial world. Hence, if he and other investors like Bill Gates and Goldman Sachs predicts a financial crisis, we should brace ourselves for the impending crisis, and be hopeful that Gold, Silver, and Cryptocurrency will survive since Fiat have already been ruled out by Kiyosaki.