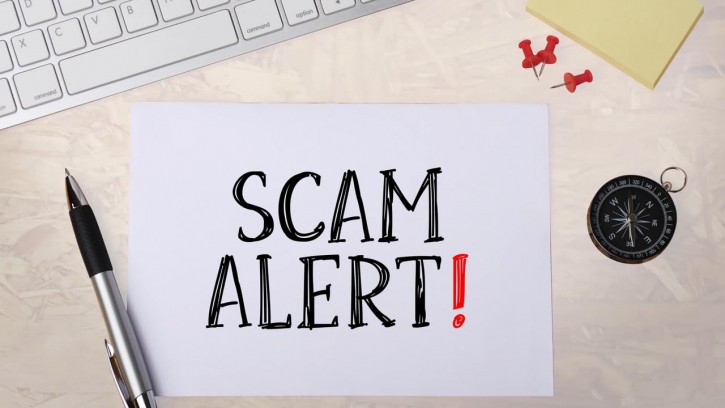 The newest crypto scam affected Bitcoin Gold wallet users and the responsible hackers have profited over $3 million so far.

Bitcoin users were recently targeted by hackers in a sophisticated scam which exploited users who were attempting to claim their share of Bitcoin Gold. So far, the responsible attackers have generated $3.3 million using this scam.

Using a fraudulent website, my btgwallet.com, hackers convinced users to provide their private keys or recovery seeds in order to claim their share of Bitcoin Gold. However, after users entered the required details, their crypto wallet funds were drained and sent to several different addresses.

According to victims of the scam, the scam was especially effective, since the fraudulent website was seemingly affiliated with the official Bitcoin Gold fork.

Mikel Martin, a victim of the scam, stated in an interview that he found the fraudulent website by following a link that was displayed on the official bitcoingold.org page. The fact that the link was on the trusted web page, caused Martin, and several other victims, to trust the link. Shortly after, however, Martin’s Bitcoin and Bitcoin Gold funds had disappeared.

No both of those wallets are safe and work keep in mind some of the features may not work until the Main net is launched.

Hey, you can setup a wallet at https://t.co/uhtbVLiIbM or https://t.co/Cj9PAFBTBt and use them for BTG mining when the Main net launches.

The same fraudulent site was also displayed on their web page. Although, the bitcoingold.org website did state a disclaimer warning users to not give their private keys information to anyone.

According to investigations, the fraudulent website belongs to an individual called John Dass, although it has not been confirmed whether this is the user’s real name or pseudonym. The user has been a well-known figure in the BTG community as well as its Slack channel.

Since the start of the thefts, users have taken to social media to voice their dissent.

According to a Reddit user, Uejji, who launched their own investigation into the fraudulent site’s code, the site stored the entered recovery keys and later sent these to the site administrator. In addition, the Exodus spokesperson, Torsten Sandor confirmed, that while the site claimed to have an open-sourced code, every single bit of code was entirely changed on GitHub shortly after the scam commenced.

Several affected users used their Exodus wallet, which allowed the service to launch an investigation into the scam, according to Sandor. Sandor also confirmed that a user’s wallet was emptied the moment they shared their recovery seed with the fraudulent site.

Sandor added that while the Bitcoin Gold fork was an interesting concept, it kept being damaged by continuous mishaps. This, in turn, is likely to discourage future investors.

The Bitcoin Gold team has already confirmed that they are working on possible solutions to rectify the scam.

According to Bitcoin Gold spokesperson, Edward Iskra, the team had already initiated an internal investigation regarding the events of the scam. In addition, the team released a statement which stated that they were partnering with security experts to find a solution. However, it is still unclear with which security experts they will be working with.

In addition, Iskra noted that despite the fact that Dass was tagged as a developer on the Bitcoin Gold Slack Channel, there was no formal affiliation.

As for his website being displayed on the official Bitcoin Gold site, Iskra stated that the Bitcoin Gold team was simply trying to support a seemingly enthusiastic Bitcoin Gold supporter.

Iskra concluded by stating that the team will continue to update their users as their investigation progresses within the next few days.