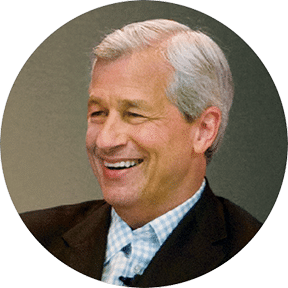 Regulation is needed, especially where money is involved. We know this in Ireland as the deep recession suffered here in 2009 was largely a result of light touch regulation of the banks and the ridiculously easy access to credit. However, in the Blockchain the only regulation needed is maths where the trusted party is maths and the validation lies in public nature of the underlying code and distributed ledger. The reason governments and organisations get it wrong is mostly because they are run by people and not maths. If only everyone was a maths equation.

The need for regulation formed part of my talk recently at NUI Galway, Ireland, to a class of final year business students – in the JE Cairnes School of Business & Economics – and under the topic of Money and Banking. My role was to speak about cryptocurrency and the rise of ICOs.

My talk began with my first job – as a graduate hire with JP Morgan in London. I was hired on the milkround from Trinity College Dublin to work as a systems analyst in 1987. At first I was laughed off the stage as I tried to explain my job of programming mainframes to a class of 20 year olds. I mentioned that I had just missed punch cards but I may as well tried to explain the finer points of lawn croquette than early computing and so I gave up.

However, the JP Morgan connection was interesting given Jamie Dimon’s, chairman and CEO of JP Morgan Chase, recent damning comments on Bitcoin. ‘If you are stupid enough to buy Bitcoin, you’ll pay the price one day,’ he said.  He is scathing of Bitcoin and calls it a fraud and reckons the value of Bitcoin is only what the other fellah is prepared to pay for it.

Now, that sounds like how Stock Markets work in the real world to my mind. And today I read an article that the Swiss subsidiary of JP Morgan was sanctioned by the Swiss regulator. FINMA, over money laundering and ‘seriously violating supervision laws.’

So, suddenly the war story I shared from 30 years ago when answering questions to the eager business students seems very pertinent.

JP Morgan was famous for its SWAPs back in the 1980s. As graduates we were told all about the most complex, most brilliant swap called the McDonalds Swap. It involved millions of dollar value which were swapped in different contracts and currencies and interest rates on a global basis. It was held up as a brilliant example of imaginative and clever financial dealing.

We were very proud of our employer and its innovative role in this new, exciting marketplace. We were market makers not followers.

I worked at JP Morgan for three years – mostly in back office Treasury, programming mainframes in CPG and RPG (and no the students had not heard of those languages either). Mind you, I do know I did a lot of date validation routines, as a rookie programmer, and I did not account for the year 2000 date anomaly. Whether my code survived to 2000 is a moot point but if it did, then it definitely would have fallen over in the Y2K fiasco. Given that most of the students were in nappies at the turn of the century I did not even bother to ask them if they remembered this computing crisis.

However, there was one urban myth that circulated the bank as the popularity of swaps waned. Some bright spark opened a cupboard on the trading floor of JP Morgan in the city. As he did so, a multitude of swaps’ trading tickets fluttered to the floor. Given their newness, their innovation and their sheer cleverness, back office staff had found it too difficult to account for them and in desperation had stuffed the trades out of sight.

Now while this may be an urban myth, a number of things occur. Firstly, while Jamie Dimon is totally skeptical about Bitcoin, he may look to the log in his own eye first. Secondly, there is well documented evidence to suggest that that not only JP Morgan Chase traders made a killing following the dip in Bitcoin following his comments, someone published Dimon’s own personal wallet in China which showed similar investments. Thirdly regulation by maths is a good thing. Whether dealing in new-fangled swaps or alt currencies, we all need to calculate value in the same way. That is where maths comes in – it is very hard (actually impossible) to corrupt or confuse a mathematical algorithm.

And finally. Sitting in the lecture room unbeknownst to me was a fellow JP Morgan graduate hire from 30 years ago. My old JP Morgan colleague, while resident in the UK, happened to be in Galway working and saw my post on social media. He surprised me by attending. I guess I should have picked him out immediately as he and I were of an age. But the real surprise came afterwards when my colleague said he also knew the JP Morgan urban myth, the war story, and moreover was convinced of its veracity.

I have searched online but I can’t even find the McDonald Swap let alone the cupboard bursting with trading tickets but I have a feeling it is true.

So, I am firmly in the regulation camp, no matter how brilliant the financial instrument. We have witnessed the fallout from financial derivatives in traditional markets in recent years as well as the ICO scams perpetrated alongside robust and healthy offerings. No coin should be above the law – even in Switzerland. However, the nice thing about cryptocurrencies is that the regulation is all in the maths and there is no point whatsoever hiding the evidence away in a cupboard.