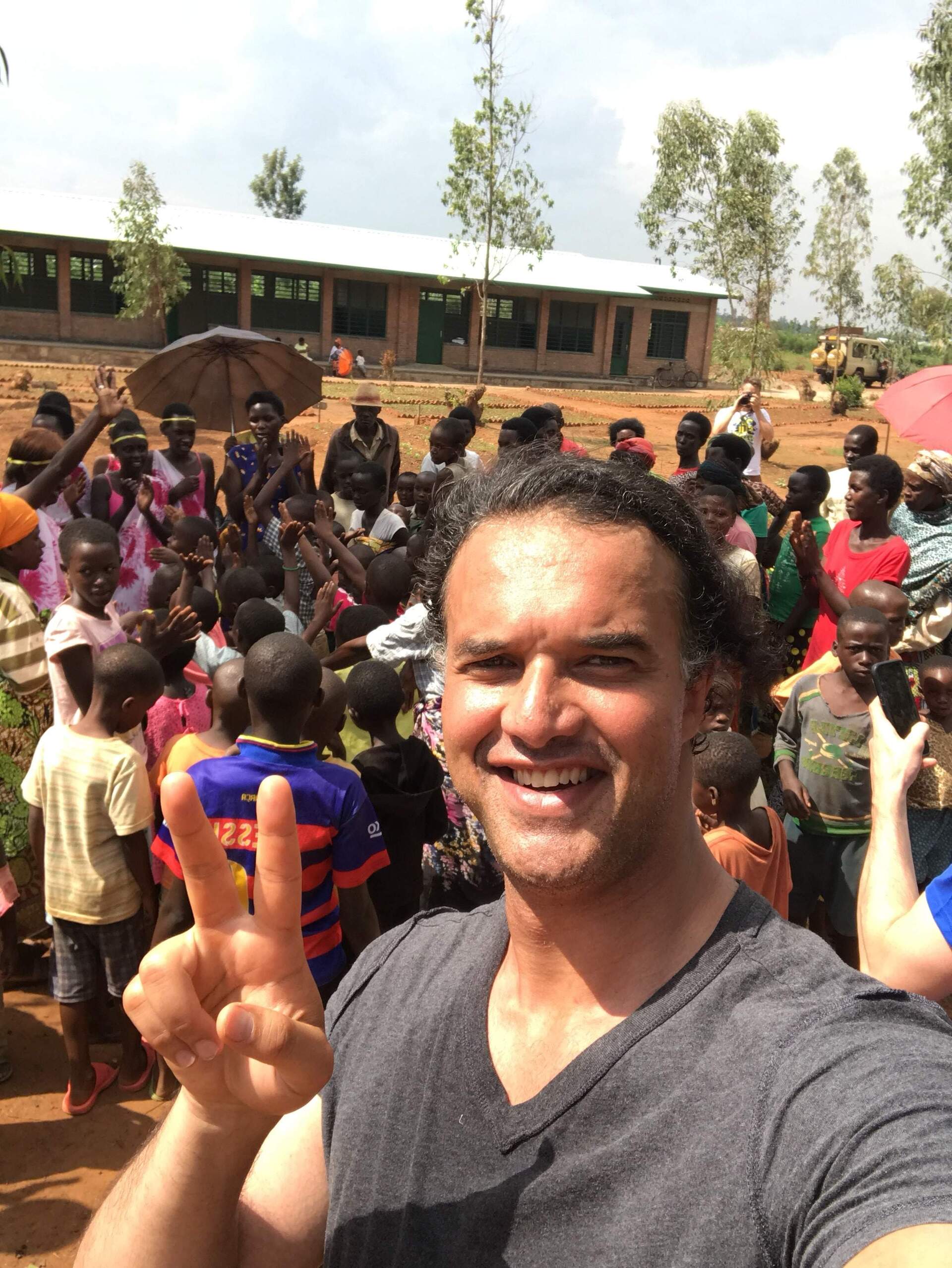 There is a new class of money out there and the latest millionaires are not just buying Lamborghinis, they are building primary schools in Africa.

Ray Youssef, co-founder of Paxful, is one such dude. The hashtag #BuiltbyBitcoin is his baby. Eight years ago, his IT startup had failed, his life savings were gone and he was homeless on the streets of California. He met his fellow co-founder, Estonian native Artur Schaback, in similar circumstances. Both were trying to rebuild their lives and the opportunity that is Bitcoin offered them an idea. Paxful was born, a peer-to-peer Bitcoin marketplace for people to swap gift cards, currency and alt coins without the need for banks or intermediaries. Paxful is like the uber of banking, or rather for the unbanked.

‘It’s hard to imagine but there are lots of people surviving in the States without bank accounts,’ Youssef says from Estonia where he is now based. ‘Without a bank account, it is impossible to buy goods, secure rented accommodation, to live a normal life. Paxful allows the value to be input from more than 300 forms of payment and then traded, peer-to-peer, out into whatever format of value is needed.’

As a marketplace, users are rated like on eBay, so that scams are minimised. There is also a large customer support function that keeps everything ticking along.

But back to #BuiltByBitcoin. Youssef went from homelessness to success. Previously he had not been someone who donated to charity often viewing it from a jaundiced view, in particular being sceptical about where the proceeds actually went. ‘Too many glitzy charity balls’ is his view on traditional charities.

Then one day he happened on a video where children in Afghanistan were filmed after a well was installed. The joy on the children’s faces was infectious and Youssef began to do background research on the video maker.

It turned out to be a project called ZamZamWater.org run by a fellow American. Ostensibly a water project, the aim of the project was to build relationships. In addition, one hundred percent of all monies raised went directly to the charity.

This touched a chord in Youssef. ‘It was like awesome, man,’ he says in his Californian accent. ‘It reminded me also of a startup – lean and mean.’

The first project funded by Paxful was a tiny village in Rwanda. ‘When people think of Rwanda, they think of genocide,’ says Youssef. ‘Yet, in that same country twenty years on, people who were killing each other now live in peace together. The government has got its act together and its people are getting on with their lives.’

The first project was to build a national school for the village. ‘I did a trade and earned $50,000 profit,’ said Youssef. ‘That became the first building fund for the school.’

Daily photographs were sent back to Youssef and his team showing the progress and every penny accounted for. When there was a problem with the roof and more funds were needed, Youssef turned to his friends, also successful crypto business men and women.

‘People think that that crypto millionaires just want to buy Lamborghinis and drive around in them,’ says Yousef. ‘Well, maybe some do, but there are many more that want to give back.

‘Or do both,’ he adds laughing.

The #BuiltByBitcoin appeals to his newly formed successful crypto friends. All monies go straight to source – the middle man of registered charity is not in the way – and the goal is to make this village sustainable not just a recipient of charity.

‘Once we build the primary school, then we realised we needed to build a secondary school,’ explains Youssef. ‘Then some children could not attend school as they had to fetch water – a task that might take 6 hours for some. So we built two wells.

Youssef travelled to Rwanda and met people whose lives he had changed. One young boy could not attend school as he was that six hour water traveller and another, a young single mum who could now send her two daughters to school – and get a job for herself.

‘Awesome,’ he repeats more than once. ‘My best experience ever.’

On the ZamZamWater.org project website there is a line that says it all: ‘You may be asking; what does a Bitcoin company have to do with Zam Zam Water? Paxful cares about corporate responsibility, and they believe that positive things can happen through Bitcoin.’

That is exactly what #BuiltByBitcoin is offering.

Next up is the requirement for a hospital, and then given the uncertainty of the electricity connection, a power grid is needed. Then a secondary school and the list continues. Youssef is committed now to creating a sustainable village which will become a model for other projects. ‘In two months ZamZamWater built a primary school – that for me is amazing and I will continue to be involved with this amazing direct support.’

His Paxful marketplace also offers an understanding of how in general Bitcoin can be used for good. ‘In developed societies, people view Bitcoin as a stored value and they mostly look to speculate on the purchase and holding of the coin. In my experience on Paxful, it is quite different.’

Many of the clients using Paxful are the unbanked or living in countries where their own currency has been devalued or extremely limited. Youssef cites Nigeria and its troubled currency Naira. In the past year Naira has been devalued by 90% and the Nigerian government has also imposed bans on spending more than $100 online. To put that in context, if you wanted to buy an iphone online this would be impossible.

Youssef sees Paxful delivering three valuable elements to people working in Nigeria and similar countries. ‘If they transfer their money into Bitcoin they are safeguarding their wealth.’ He says. ‘Then entrepreneurs who are buying and selling outside of Nigeria are also still able to trade – despite the online limits. Finally, Paxful is restoring business.

‘One user I know of was selling craft knitware on Instagram but using an American friend’s bank account to take sales before transferring the value back to her Nigerian bank account. Now she can take sales directly – that has to be easier.’

What Youssef loves about Bitcoin and his trading marketplace is that it gives the financially disenfranchised a way of operating that works. ‘The value of Bitcoin is not so important, it is divisible, and so value can still be exchanged between people.’

Is he worried about government intervening or imposing regulations? ‘Of course not,’ he laughs. ‘These people are entrepreneurs looking to trade – not to sell drugs or commit crimes. Bitcoin (and Paxful) allows them to do business. It is so empowering to people outside normal financial channels.’