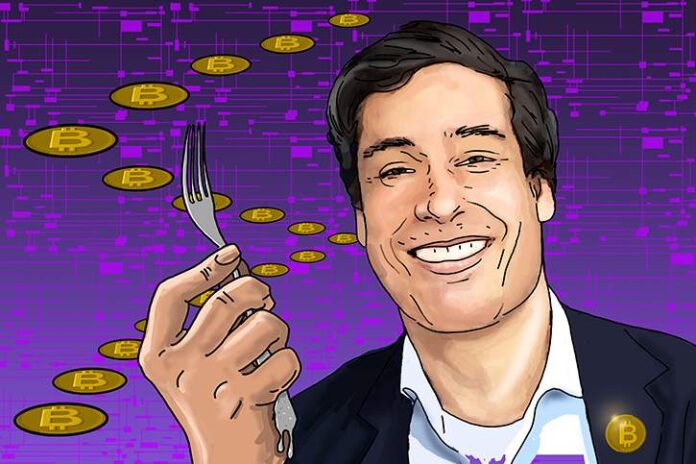 It’s another hard fork day! Bitcoin Cash is creating a new blockchain with 32 MB block size limits and added smart contract functionality. This is the third hard fork that the Bitcoin Cash community has undergone in under a year, and declares their undeterred commitment to change whatever is necessary to grow their blockchain’s transaction abilities. Bitcoin Cash strives to provide an inexpensive and fast medium of exchange for everyday payments.

Bitcoin Cash was born out of a hard fork with Bitcoin’s blockchain last summer. After much debate amongst various parties of the Bitcoin ecosystem over how to scale the Bitcoin network, a group of developers organized under the name ABC Bitcoin, wrote the code for a hard fork to create a new blockchain with 8MB block limits. On August 1st, this new code was implemented to copy the entire Bitcoin block history onto a new network to begin mining its own transactions separately, as a distinct currency and under different mining parameters. Bitcoin Cash promises to be a peer-to-peer cash system. This system should be popular in areas where the traditional financial system has been unable to reach the unbanked.

In the case of last summer’s hard fork, not only was a new blockchain created, but also a new coin was introduced to the market to represent value exchanged on this new transaction ledger. However, not all hard forks create new coins. For example, Bitcoin Cash hard forked again last November to fix their algorithm adjusting mining difficulty because the network was producing wildly fluctuating hash rates.

To patch the system, various developer teams running different clients on the Bitcoin Cash blockchain agreed to implement a hard fork where they all copied the old ledger onto a new chain, with the software updated, and abandoned the old chain. Although technically November was also a ‘hard’ fork, it was obviously very different than the previous split in community generating not only a new blockchain, but also a new network, and a new coin.

This time around is similar to the November hard fork, but slightly different. Today’s fork neither creates a new coin, nor does it correct an existing problem, but rather strictly innovates in two ways. The first major change is the tripling of the block size limit from 8 to 32 MB that is a forward-looking adjustment to accommodate greater transaction throughput per block. I feel better that this block size growth is occurring now, while the usage of Bitcoin Cash still has a way to grow, rather than later when the network is at full throttle.

This the larger block size gives Bitcoin Cash some room to scale, something that other blockchains have been looking to tackle in other ways, e.g. Lightning Network and Proof of Stake. This makes Bitcoin Cash somewhat unique because it attempts to solve the scaling problem at the consensus protocol layer while maintaining the Proof of Work model.

However, larger blocks won’t in effect grow the network in terms of usage. It does, however, provide the ability for unprecedented growth. Growth in usage depends not on the block size but more on the community and businesses supporting Bitcoin Cash. Products, services and merchant adoption are key. After the block-size increase, the next advancement that Bitcoin Cash is putting forward is to add new and re-enable old, previously inactivated, machine-scripting operation codes, or more simply ‘op-codes’, that give developers tools to create smart contracts.

These machine codes, called “Satoshi Op-codes” by the Bitcoin Cash community, allow developers to create different types of metadata implementations. By having the ability to call these functions, developers can create “colored coins” or representative tokens. These are tokens that can be tagged in a specific way to correspond to bonds, stocks, precious metals, commodities, and any physical or virtual object.

It is hard to say what might come out from this new functionality, but if we base our assumptions on what Ethereum has been able to accomplish from its second layer implementations, then I believe it will give Bitcoin Cash a lot of space for creative and productive ideas to blossom. To that end, we will have to see what the developers of the Bitcoin Cash community do with these new functionalities and if the market decides to settle in this newfound block size that has yet be driven to scale.