A recent meeting took place between the founder of Cardano, Charles Hoskinson, and Google’s team from their headquarters in London, to discuss Cardano (ADA) and the algorithm that its blockchain uses, called Ouroboros.

According to recent reports, the CEO of the company called IOHK, and the founder of a popular cryptocurrency called Cardano (ADA), Charles Hoskinson, has been invited to answer questions at Google’s headquarters in London. The invitation included the Director of Engineering at IOHK, Duncan Coutts.

IOHK make a visit to @Google's London office and our CEO @IOHK_Charles was invited to talk about Cardano and the future of #cryptocurrencies. Check out some key questions asked at the event on the IOHK blog via @jane_wild_: https://t.co/gyMzWkOs2w #Cardano @cardanocom pic.twitter.com/6HanoOeMUd

Together, the two talked about various topics, including the future of cryptos, blockchain technology, and its potential use. After the meeting, Hoskinson and Coutts held a Q&A with an audience, centered on these technologies. In their speech, the two paid special attention to the potential and fundamentals of Cardano’s special consensus protocol called Ouroboros.

Details of the meeting

The first reports of the meeting came from a tweet posted by Cardano itself. In this tweet, Cardano stated that Charles Hoskinson was invited by Google to talk about ADA, its blockchain, and the future of cryptos. This tweet was later deleted.

However, IOHK published a blog post in which they stated that many Google employees from around the world were interested in hearing the presentation and that they had a lot of questions for IOHK representatives. The questions were well-thought-out and precise, not to mention informed and incisive, which is only to be expected from the company that has set stringent standards in modern technology.

One of the most important questions regarding Cardano and its blockchain revolved around Cardano’s consensus algorithm. The algorithm, called Ouroboros, has many advantages and is cost-effective when it comes to crypto mining.

The question also included the blockchain’s ability to attract those willing to join the protocol and the running of the network. Hoskinson replied to this as well, stating that just last month, the company received over 1,500 applications asking to join their beta testing phase, when the company was only looking for about 100 individuals

Hoskinson continued to reveal some details about the future as well, stating that Cardano’s testnet will allow the creation of smart contracts by the end of the month and that ETH users will have an opportunity to write smart contracts on Cardano’s blockchain. That way, they will be able to test it fully and make a comparison to Ethereum. The two systems might even join and work together eventually. 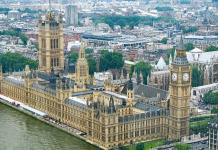