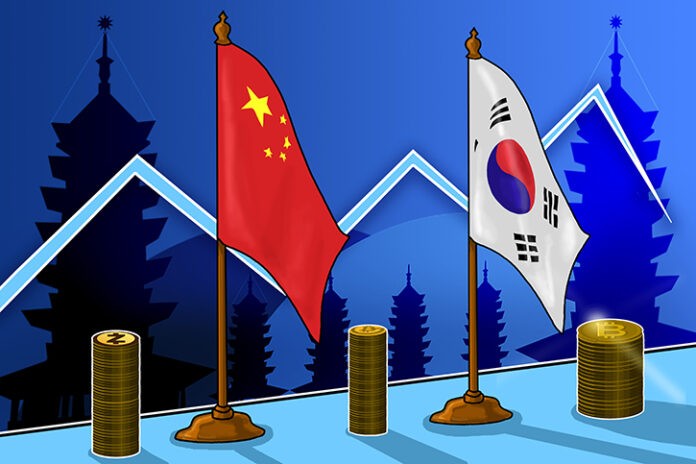 In 2017 the cryptocurrency market recorded fast growth that hasn’t been experienced in other financial markets. Over a period of 12 months, the price of Bitcoin rose 2000% to peak slightly north of $19,000 in early December. Ripple and Ethereum also recorded significant incremental price increases as the year drew to a close.

However, over the last few days the crypto market saw high volatility with sharp price plunges shaking this new asset class. CoinDesk data shows that just two days ago, Bitcoin prices dropped by over 30% to trade at less than $10,000. Ethereum and Ripple prices also went down, by 20% and 30% respectively, to trade at less than $1000 for Ether and $1 for Ripple.

Some industry players associate price falls in the crypto market to uncertainty from impending government regulations on crypto trading. Recently, China and South Korea have indicated possible crackdowns on cryptocurrency trading, and have even considered banning it altogether.

George Galoyan, CEO and Founder of WeAre.ee says: “We think that China is influencing, as it goes into cash before the new year. It is also likely that the pump we saw at the end of the year and the dump that we are watching is profitable for a large player.”

There are speculations that, in China, authorities could begin targeting crypto traders with strict regulations. But according to Descrow CFO, Anton Mitrokhin, a bigger conspiracy could be behind the current crash.

He says: “I think we see another example of manipulating the price of cryptocurrencies using traditional methods, such as manipulating public opinion with the help of media. Obviously, the sharp rhetoric of South Korea and China coincided in time and substance. It seems to me that this is a conspiracy and only an excuse for the ‘whales’ to buy cheaper and earn super-profits.”

Generally, players in the crypto market agree that a market recovery will happen.

Mitrokhin says: “Certainly, we will see a correction in the market in the coming days. I believe that this will happen at the level of $7500 – $8300. After this, there will again be a sharp increase in the rate. Since those who bought for $8000 USD will want to fix their profits. Similar fluctuations of rates we regard as a good chance to attract financing. After all, the rate of the token is fixed and it means ‘quiet harbor’ during the storm on the market.”

According to Vaultbank Managing Director, Chris Cummock, market sell-off is expected for crypto given the regulatory uncertainty. He, however, adds that it’s impossible to tell how much the market will recover.

Even so, Galoyan doesn’t think the crypto market could get back on its feet anytime before March of this year.

“I think the market will recover and go to the top, but it will happen after February, so the petition that is now happening is quite profitable in the long-term, since a large number of new people will enter the market on the background of a fall. It seems to me now is a very good moment to re-distribute funds from Altcoins in ICO.”

Considering the uncertain environment the crypto market is operating in right now, only time will tell how things will turn out.