Ripple enthusiasts have a reason to celebrate after a case filed against Ripple Labs Inc by an XRP investor was thrown out of court. The plaintiff accused Ripple of manipulating the price of XRP. Such accusations are precisely what every crypto related project should avoid because the crypto market is media sensitive, and every negative report from the media can cause significant damage to the reputation of the project.

For Ripple though, it was a cause for celebration, as the case was kicked out of court.

On the 10th of August 2018, a California court issued an “Order Denying Motion to Remand” on the case initially brought forward by an aggrieved XRP investor, Ryan Coffey.

Coffey accused Ripple Labs Inc of manipulating the value of XRP leading to financial loss. He claimed to have lost $500 after being misled by Ripple and its CEO to invest. Hence he sought damages. He accused ripple of ignoring the California Corporations Code by manipulating XRP value through salacious and sensational media promotion of XRP. Coffey lawsuit also accused Brad Garlinghouse, the CEO of Ripple of giving misleading analysis.

According to the lawsuit, this analysis provides a misleading explanation of “how Ripple products and XRP are used.” He went further to claim Ripple is not decentralized as they claim and have gone against the federal security laws. Ryan Coffey had earlier filed the suit on the 3rd of May 2018 in the San Francisco Superior Court.

The plaintiff moved the 4th motion in an attempt to get the case ruled in California. After much deliberation, the judge ruled in favor of both Ripple Labs and Brad Garlinghouse, he stated:

“Having read the papers filed by the parties and carefully considered their arguments and the relevant legal authority, and good cause appearing the court at this moment DENIES plaintiff motion.”

The outcome of the case is good news to Ripple, although Ripple is not new to legal battles. 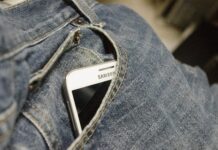 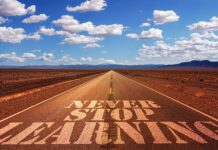