According to a recent warning by the Central Bank of Saudi Arabia, dealing with cryptos is strictly prohibited for all individuals and entities within the Kingdom.

In most parts of the world these days, the situation regarding cryptocurrencies is slowly improving. Cryptos are gaining popularity, the awareness is growing, and there are even steps being taken that are to lead towards mass adoption and mainstream usage. However, the situation in the Kingdom of Saudi Arabia just took a turn for the worse, as its Central Bank’s standing committee just announced that dealing with cryptos is strictly prohibited.

According to the committee’s recent statement, all activities with any digital currency are extremely risky and will have negative consequences for those caught working with them. This remains true for individuals, as well as various entities like companies and businesses. Saudi authorities announced that this is due to the fact that ‘virtual currencies’, as they chose to call them, are out of the governmental control.

The statement continues to say that all citizens and residents are warned about drifting after ‘such illusion’,  and ‘get-rich scheme’. According to them, the crypto market is highly unregulated, and it poses security risks due to the fact that it is unstable and prone to schemes and scams.

The committee is certainly fulfilling its purpose, considering that it was established to reduce crypto trading and investments. It works as part of the country’s central bank, SAMA (Saudi Arabia Monetary Authority). It includes representatives of several authorities, including the Capital Market Authority, Ministry of Commerce and Investment, as well as the Ministry of Media.

This development came as a surprise to many, considering that SAMA entered a partnership with Ripple (XRP) earlier this year. The goal of the partnership was to test, and possibly adopt Ripple’s payment-related products. Its blockchain allows for lower fees, more transparency, and faster deal-making, which makes it a favorite for many banks and financial institutions around the world.

On the other hand, there a lot of Gulf countries that are not only not sharing Saudi Arabia’s views on cryptos, but are actually taking a completely opposite approach. Let’s take Bahrain as an example. Its royal family is among Saudi Arabia’s closest allies. However, they do not share their mistrust towards cryptos and are actually very active in supporting the industry.

Not only that, but they do everything in their power to attract additional investments. In fact, only a month ago, this country’s Central Bank decided to allow Stellar Lumens’ developer, the Stellar Foundation, a unique Sharia certification. The certification allows things like asset tokenization, and even supports crypto payments. 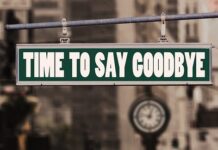 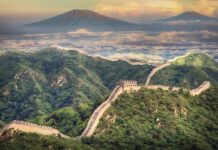 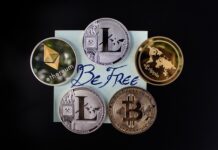