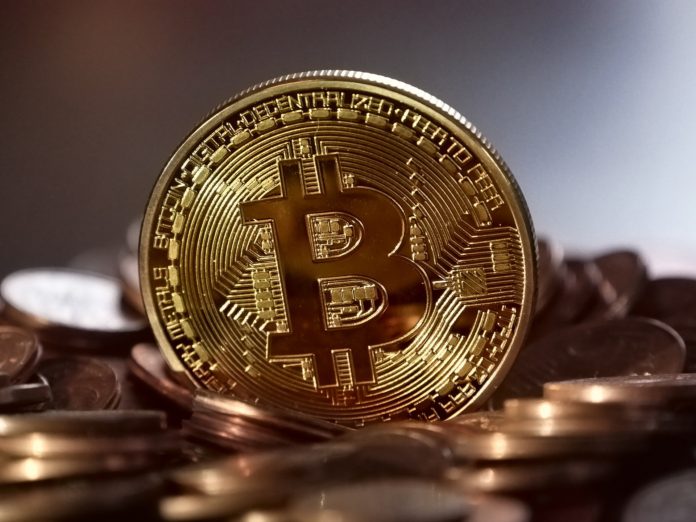 Bitcoin Cash, also known as BCC or BCH, is a twin brother of Bitcoin that claims to be peer-to-peer electronic cash aiming to outdo BTC with several improved characteristics embedded into its code. The forking of the two cryptocurrencies took place in the beginning of August and has been one of the most discussed events in the entire history of digital currency. Some people dreaded it, and others were too enthusiastic; and so far, it is hard to say which of the two coins is winning. However, we were very interested to check on Bitcoin Cash after the fork, and see how is it doing.

To be able to understand why this event was so important for the community in the first place, let’s see what it was all about and why it was done. Fork is a term borrowed from programming to refer to manipulations with the code, such as copying it and releasing a new version of some kind of software with some slight changes or improvements in it. Normally, the forked version is looked at as the perfected version compared to the original.

We all know that decentralization in its absolute is not absolute, and perhaps never will be – the same is true about the decentralized system of Bitcoin. It also explains why lots of people were skeptical about the splitting, especially when it was promoted by a Chinese ViaBTC company owning 4% of Bitcoin’s mining pool hash rate. The Bitcoin experience has shown that decentralization, when it comes to mining, is also extremely idealized and monopolized by large pools like ViaBTC itself. The forking was supposed to change the situation by splitting the Bitcoin blockchain into 2 separate chains, and therefore creating two different digital currencies. In this way, BCC can be considered an altcoin that follows its predecessor BTC much more closely than many others.

Similar to many early altcoins (e.g. LTC, DODGE) BCC has several functional and operational improvements, such as: bigger block-size, 8MB compared to Bitcoin’s 1MB, and consequently, faster transaction processing. Although, prior to the fork, the entire migration process seemed rather complicated and was accommodated by an entire cluster of scam services offering wallet software without revealing the source code, the price of the new coin started scaling up pretty quickly after the drops. 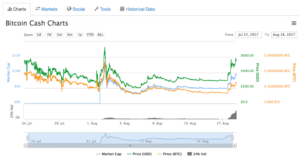 As of the time of writing, August 18, 2017, Bitcoin Cash resides on the 3rd position in the market cap rankings with cap exceeding $9 million and the daily volume of transactions over $2 million with the price of $582 per token.

In spite of all the debates and migration uncertainties, two weeks after, the splitting Bitcoin Cash is being referred to as a breakthrough in mining capable of making the process more profitable thanks to its higher efficiency compared to Bitcoin. Did you take part in the splitting? How do you feel about that now? Let us know in the comments.