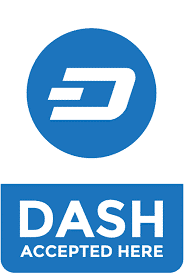 Last week the cancellation of the Hard Fork in Bitcoin had the markets jumping and in particular the altcoins gained a lot of ground (60% in some cases) before things levelled off. Dash was one of the alt coins to be so positively affected and while it jumped all over the place it settled back to a comfortable gain of a net 40% to lie at the $430 mark. Given its gain in value since the start of the month this might be argued to be a function of more than just the cancellation of the SegWit2x or at least the head of legal at Dash, Fernando Gutierrez would argue as such.

Based in Spain, Gutierrez has been involved with Dash for three years. The first non-developer to be appointed to the board, Gutierrez is genuinely cryto-curious, a specialisation from general curiosity before.

‘My wife is relieved,’ laughs Gutierrez. ‘Previously my curiosity led me to online learning constantly. I was doing all-nighters taking online courses on everything from sociology to physics. Now I am just concentrating on cryptocurrency.’

Gutierrez is self-deprecating as he is also a fully-qualified lawyer, economist and owner of a number of successful business across gaming, video and health service – a true renaissance man.

Gutierrez argues that while the hard fork naturally impacting the markets, the surge in price for Dash was inexorable. ‘The same weekend we begun trading on Asian exchanges which pushed our price,’ he says on the phone from Spain. ‘And coupled with the release of new software, Version 12.2, we had a lot of good things to talk about, not least the fact that the very schism that divided Bitcoin was being addressed by our upgrades; notably the extension of the size of our Block to 2Mg. It was a natural flight to our coin.’

The argument of Dash being a safe haven must be tempered by its somewhat unruly past and in particular it’s first launch day where 2 million coins were mined creating a dubious instamine. The founder claims that the community did not wish to see a relaunch and mining has continued at a more sedate pace where on average 3k coins are mined daily. Despite this start, Dash has set up to tackle the payments industry and operates a number of separate technologies which separates and arguably improves on the core Bitcoin structure.

Most notable is the two tier structure. Miners mine new blocks and are paid a percentage (originally at 80% and now to 45%), while Masternodes are used for payments  – Private Send, InstantSend and governance of the eco system. To become a Masternode requires the holding of 1000 Dash coins, an expensive business at today’s prices, and anyone cashing in and going below that volume automatically loses their vote. Skin in the game is the rationale behind that. 10% of fees go back into Dash to pay for full time developers. This is key according to Gutierrez.

‘We can afford to pay developers and that is another reason to favour Dash over Bitcoin and other coins,’ he says.

Gutierrez feels that the cancellation of 2x signals strongly that Bitcoin is abandoning the payment model. ‘Slowed transactions and higher fees can only mean one thing – Bitcoin is going full-on for the storied value model,’ he argues. ‘They are not properly addressing the horrible user experience. The Lighting Network is being touted as a solution but that is not in place as yet.  In the short term, Bitcoin cannot compete in its current form as a payments carrier.’

The crisis of the size of the Bitcoin blockchain has ironically already been addressed by Dash – it has already increased its blocksize to that of 2Mgs and promised faster, cheaper transactions as a result.

Gutierrez is pretty confident about the future of Dash. V 12.2 has brought a lot of new features to the market – ‘We don’t do fake news,’ he says, ‘we only announce when we have features locked down,’ – and Evolution is planned for mid 2018.

‘We are very excited about Evolution,’ he says. ‘We have a number of key features that are going to make Dash very engaging – DAPI and DashDrive in particular. DAPI or Distributed APIs mean we can connect randomly to any cluster of servers. This will increase speed and security. While DashDrive means we can simplify the process of payments, work outside the blockchain and swap in usernames for long private keys. Having a username on the DashDrive means we can also offer password recovery.

‘And we are launching a HD Wallet on DashDrive making it easier again,’ says Gutierrez. ‘We know that the average Dash or alt coin holder is not a deep techie. They don’t want to be bothered by security and keys and keeping everything up to date. They want to use their digital wallet in much the same way as their physical one. We are building that on user experience to simplify, speed up and lower the costs of using Dash.’

All up Gutierrez’s argument that Dash’s appreciation of value is less to do with the cancellation of the hard fork and more to do with their concerted development seems to hold water. ‘We can’t ignore Bitcoin, when it rallies, alt coins surge in its slipstream,’ he says. ‘But we are doing things for ourselves. We are building value for ourselves as well and we’re not just piggy-backing on a trend.’

August 3, 2020
© CryptoCoin.News. This is not financial or investment advise. Financial Disclaimer.