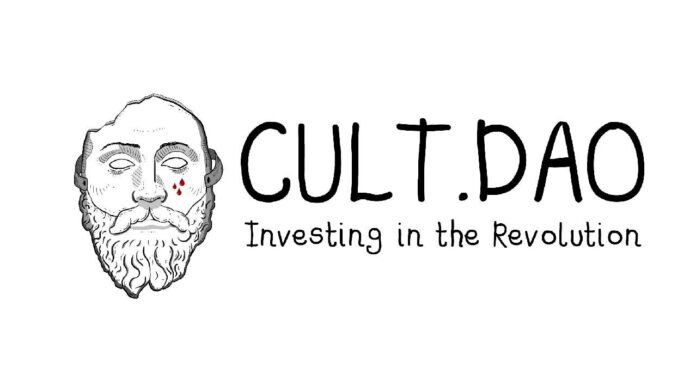 Cult.DAO has announced that they will issue a new utility token in the upcoming months.

So to say, RVLT can be called the little brother of CULT. While the CULT rewards “revolutionary action” on a protocol level, RVLT is intended to support revolutionary action on a personal level, which entails spreading the word about CULT. In a blog announcement, Cult.DAO founder Mr. O’Modulus states:

What counts as “revolutionary action” is of course highly speculative. Within Cult.DAO itself, the largest 50 holders of CULT (“Guardians”) decide which projects can apply for an investment from the DAO. Applicants must be in line with the Cult.DAO manifesto, which states that investments will be given to projects that fight against centralization, further the cause of decentralization, and directly benefit a noble cause. For the RVLT token, the job of deciding if an individual action counts as revolutionary comes down to “CULTmanders”, which are 490 RVLT stakers that are randomly selected every fortnight.

The CULT token was in deep red figures throughout the whole past month, having lost more than 80% from its all-time high at the monthly close. The announcement of RVLT abruptly ended the sell-off. At the time of writing, CULT is up +49.9% on the daily.

This is likely due to an expected airdrop of RVLT. So far, there are no exact details yet on how RVLT will be distributed. But apparently, there will be a snapshot period between May 10 and May 17, which rewards both CULT holders and stakers. The eventual airdrop is expected to be held in June.

So, what do we know about $RVLT?
The new token by @wearecultdao.

– It’s a self-governing autonomous ecosystem.
– Hold, or stake $CULT across 10th-17th May for the airdrop.
– Released on @CoinMarketCap 1 month before launch.
– TGE will be on Polygon $MATIC Chain. pic.twitter.com/SoFaTSwK5f

Besides putting buying pressure on the token, the announcement seemed to have an impact on CULT’s staking economy as well. On their Twitter channel, Cult.DAO notes that 190 billion CULT have been staked, which amounts to 10% of all tokens remaining in circulation.