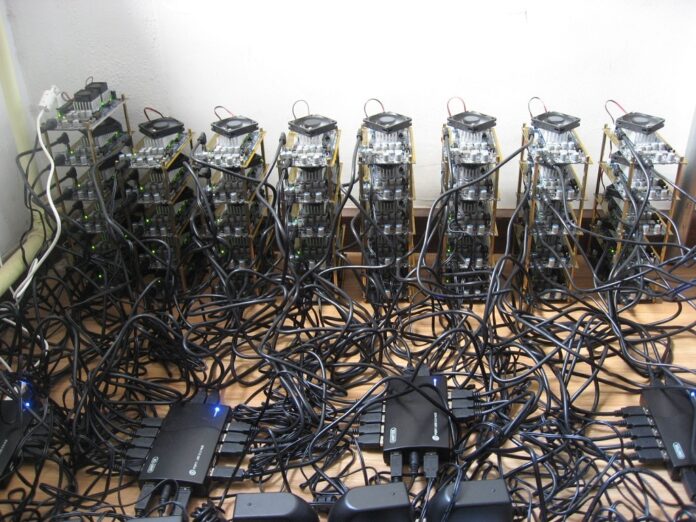 Akria Cui, the owner of one of China’s largest mining operations spoke about the current fear of regulatory policy in the country and the future of Bitcoin.

The casual onlooker would never suspect the common-place office like building in a Beijing suburb to be one of the most lucrative cryptocurrency mining operation in China. The office itself is laced with all sorts of tech paraphernalia. Screwdrivers and other tools casually decorated the rows of computers heaving beneath their workload. This is the birthplace of one of the modern world’s most controversial topics.

The operation itself seems much less glamorous than what one would expect from one of the most lucrative industries in the world. The complex computer systems and their fan hum in the background undisturbed as they as involved in the sophisticated matter of mining Bitcoin. Bitcoin mining is highly lucrative, especially the currency’s continued soaring prices.

In China, however, Bitcoin and the mining thereof has become a precarious matter. According to Chinese regulation, Bitcoin is considered a commodity. However, unlike traditional tangible commodities such as copper or gold, Bitcoin mining is theoretically open for anyone to participate in, providing they have a stable internet connection and the proper equipment. Bitcoin mining refers to a complex process where the miner uses his machine to solve a series of sophisticated problems related to Bitcoin transactions. For the miners’ efforts, they are reimbursed with a new Bitcoin.

Several Wall Street and other Financial leaders have expressed their criticism regarding cryptocurrency. However, cryptocurrency also has its fair share of advocates, such as the Chinese miner, Akria Cui.

Bitcoin has come a long way. In 2012, the cryptocurrency traded at a peak of $10 per Bitcoin, and since the price has skyrocketed to reach up to $7800 just earlier this year. While cryptography was first thought up as a sort of game by its creators, the industry has become one of the most lucrative, with China being a world leader in cryptocurrency mining.

According to the Centre for Alternative Finance at the University of Cambridge, China currently plays host to four of the world’s five largest Bitcoin mining companies, which in total accounts for 70% of the world’s computing power.

Despite China’s enthusiastic cryptography and cryptocurrency community, the country’s ruling party, the Chinese Communist Party, has become increasingly suspicious of the cryptocurrency, especially because of its decentralized nature as well as the anonymity that it affords users.

Despite the government’s increased security and outright bans, it is still technically legal for individuals to possess Bitcoin and for miners to run their operations. However, the activity is still very subject to ambiguity and uncertainty which has encouraged several miners, such as Cui, to be as cautious as possible, and to be willing to take their operations abroad if need be.

According to Cui, China-based miners have visited several other countries to investigate whether their conditions would be conducive to mining. Promising countries included Russia, the US, Thailand, Vietnam, and Laos. The visits required intensive negotiations with local authorities regarding matters such as electricity prices, as well as looking for possible locations for their operation.

Cui seemed certain that moving abroad would become inevitable. He stated that this is bound to happen, even if there’s a 1% chance of the Chinese government decided to tighten their policies regarding mining.

Of the four Chinese mining operations, only Cui was willing to speak openly, yet withheld the name of his operation.

The other remaining operations declined to speak due to several reasons, mostly pertaining to fear of a sudden government crackdown as well as perhaps losing their agreements with local power companies, due to scrutiny. According to Cui, miners often bribe electricity officials, especially since electricity providers have the power to mask its output before it becomes available on the national electricity system.

In the more rural areas of China, thermal power can cost as little as 0.27 yuan per kilowatt-hour. Hydropower is even cheaper as it could be anything between 0.15 and 0.25.

Despite the relatively low prices, mining operations’ electric bills are extremely high. Running a standard mining operation of 10,000 machines can rack up to 100,000 yuan ($22,142) per day. In the event of the machines not mining enough cryptocurrency to pay the bill, miners often resort to declaring a “mining accident” which involves selling their machines to cover operational costs before closing down.

Cui, who was born and raised in Beijing, set up his mining operation in 2013, shortly after selling broadband internet provider service for 30 million yuan. Cui invested 6 million yuan at first and since has grown his mining operation to consist of 100,000 machines. However, according to Cui, the majority of the machines technically belong to friends and business associates who have entrusted him with maintaining and mining with their machines.

According to Cui, the machines’ noise discourages several prospective miners. Instead, miners have opted to store their machines at Cui’s operation for a fee and can gain access to their machine at any time, by using a passcode.

Cui, who was initially trained as an engineer, also builds and sells machines to third parties. However, this requires complex business relations as acquiring the necessary graphics cards is a difficult process seeing as most Chinese graphics cards manufacturers are wary of dealing with Bitcoin miners.

While Cui did not want to state how much he profited from his mining operation, he did state that he roughly made 100 yuan per machine per day. This profit margin, however, is very subject to a strong and dependable source of power in order to avoid machines shutting down and losing out on profit.

However, considering the current uncertainty looming over China’s Bitcoin mining future, several miners are looking towards moving their operations abroad.

According to Cui, several miners are in negotiations with firms in Los Angeles, Russia, and Vietnam.

Once China decides to prohibit Bitcoin mining, Cui, and his partners would only need three months to move their entire operation to their chosen country abroad.

However, despite Cui’s obvious enthusiasm with cryptocurrency, he welcomed the Chinese’s government to prohibit cryptocurrency exchanges’ operating within their borders. According to Cui, the global exchange undermines cryptocurrencies’ inherent decentralized nature. He also stated that Bitcoin traders are becoming too dependent on exchange platforms, when the cryptocurrency was intended to be traded amongst peers, without the exchange acting as an intermediary.

Cui concluded by expressing concern over China’s influence in Bitcoin and other cryptocurrencies, by stating that a single country’s decision should not have the power to contribute to a decentralized currency’s price tendencies. According to Cui, Bitcoin will only become stronger, once it stops relying on centralized institutions and exchange platforms.