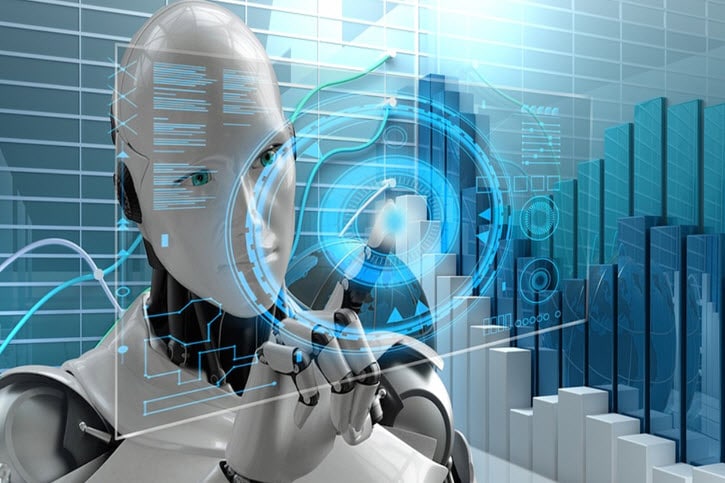 Artificial Intelligence has been expanding for years, and truly explosive growth in the sector has occurred in the last twelve months. Venture capital funding for AI projects has doubled, and investors are excited to see what sort of problems AI might be capable of solving in the near future.

Running parallel to this growth is the expansive development of the blockchain. Blockchain-based technology has created a new fundamental for how we will use the internet. The entire sector is moving toward decentralization. Investors have poured a whopping $5.6 billion into the blockchain since its inception.

It is only natural that these two technologies would intersect. AI will need to be able to operate on the shiny new systems that the blockchain is making possible. Likewise, blockchain will end up interfacing with AI as it becomes more sophisticated. It is no surprise that the two will become enmeshed. There are two specific areas to watch:

Training AI and models that rely on machine learning takes an incredible amount of data. The more data an AI is allowed to interface with, the better the AI becomes. For the objective of teaching machines, decentralization allows for an incredibly large amount of available data. Ocean Protocol is a company with its sights set on building a decentralized data exchange, aimed at this very purpose of feeding information to AI and machine learning systems.

The exchange will allow users and companies to sort data sets according to relevance. Users will then be able to parse the data that their AI will be using, feeding specifically tailored information to their systems. This will help AI become “experts” in their fields, just like a person with a Ph.D.

Richard Craib, the founder of Numerai, says that the goal of his company is to increase the potential for AI to manage, use, and control capital within the economy. AIs would be used to predict economic trends on the stock market, and they would be paid in Numeraire.

This way, an AI that becomes very good at parsing this type of data could control and use increasingly large sums of cryptocurrency. It would be a bit like any person getting paid, and getting raises based on performance. Who knows, AI could be paid in Ethereum or Bitcoin someday.

The next area where we see a major convergence of the AI and blockchain worlds is in regards to computing resources. A number of companies are tackling the issue of getting the right resources to developers. Decentralization, as we have seen with cryptocurrency, allows data processing to be spread among users, thus resulting in the leverage of massive amounts of computing power.

Companies like Golem seek to bring this model of leveraging processing power to the world of AI learning, such that projects won’t necessarily have to rely on their own, in-house computing systems.

As we move into the future, AI and blockchain will continue to integrate with each other. According to IBM, the businesses are at an inflection point, and there will be exponential growth in these sectors of the technology industry. Some even see a world where AI begin writing their own ledgers! Francesco Corea says that he wouldn’t be surprised if it happened, but admits that the expectation is a leap of faith.