The struggle of cryptos continues, and even though there has been some mainstream openness to the possibility of adoption, experts believe that the real game-changer includes only the largest e-commerce players. The major companies like PayPal, Amazon, however, still remain quiet on the matter, while Alibaba openly rejects the idea.

Despite the fact that cryptocurrencies are becoming more talked about and utilized in 2018, they are still far from entering the mainstream world of business. Crypto enthusiasts maintain hope that the day when cryptos will become accepted will come.

One of the ways for crypto adoption to speed up would be through acceptance by the largest businesses. If companies like PayPal, Amazon, and Alibaba were to acknowledge them as a method of payment, others would follow their example. This would speed up the process of crypto integration but, for now, these companies still refuse to go crypto.

It is believed that this decision to not do anything is largely supported by the crypto market’s struggle. After all, ever since the beginning of 2018, each attempt by the market to reach stability has only resulted in another major drop.

Some say maybe, Alibaba says no

Various speculation and crypto debates have waged over the last few years, most of which revolve around the adoption of cryptos by the major e-commerce players. Some firms have shown an open interest, while others hinted that they may be thinking about it. Still, none of the biggest companies have made any kind of move towards adopting the digital coins, as of yet and some of them are openly against them.

Alibaba’s founder, Jack Ma, is a perfect example of this. On several occasions he described Bitcoin (BTC) as a bubble, making it clear that Alibaba doesn’t even consider the possibility of going crypto.

What about Amazon and PayPal?

PayPal is one of the largest, if not THE largest online payment system, which has had a lot of success when it comes to gathering customers in making online transactions. The company is innovative and some suggested that it might take the opportunity to lead in the crypto adoption.

Despite this, John Rainey, the company’s CTO, has said that PayPal still has no plans to go crypto either. According to him, the company is simply not ready for such a step regarding Bitcoin, or any altcoins. No real reasons behind the decision were given, PayPal are simply not ready yet. Still, some believe that crypto’s volatility might be a large issue for PayPal, especially when it comes to its merchant trade margins. Because of this, cryptos will probably not be joining PayPal until they reach a higher level of stability and better support.

The same is likely true for other similar e-commerce platforms since they all need merchants to open up to this payment method, regardless of how the customers feel.

As for Amazon, there has been even more speculation as to whether or not it will accept cryptos. Crypto enthusiasts may start their day by checking whether Amazon has announced plans to integrate crypto payments, but despite this hopeful approach, Amazon has not given any indication that it might go down that path anytime soon. 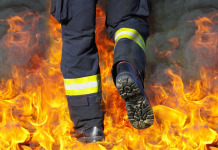