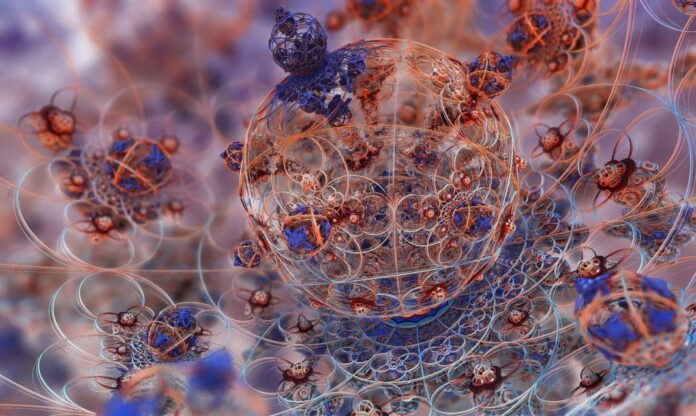 By Jochen Heussner, who is the founder of www.PlanetCompliance.com, a leading platform for analysis and insights on financial regulation and innovation. He is a qualified lawyer and seasoned finance professional having worked for many years with international law firms and financial institutions such as Citigroup, Fidelity International and RBC in various jurisdictions. He is also an advisor and board member with a number of companies. You can follow him on Twitter at @JochenHeussner and @planetcomplianc. 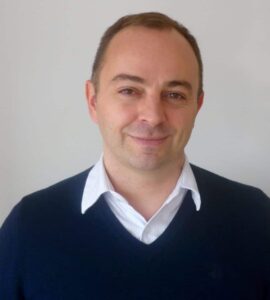 How do you invest in an ICO and make sure you back the right coin? At the time of writing this article dozens of Initial Coin Offerings are underway and plenty more a lined up for launch over the coming weeks. With so much choice, it is not easy to find the right ones but there are a couple of things to keep in mind that should hopefully help make a better choice than randomly picking names out of a hat.

Just a little warning at the beginning: obviously, when you write about ICO investments you need to make sure that you don’t get yourself into hot water as people might take your word as investment advice, but this article, of course, isn’t intended as such. Investing in cryptocurrencies is a delicate business and plenty of regulators have warned about the risks in recent times. I admit that I own or have owned tokens in different cryptocurrencies, but I wouldn’t call myself an investor in coins and I don’t own them speculating for the sake of increasing value, but if it does that’s great, too. Still, I think it’s important to understand the basics to make sure that the things you may get involved in in the crypto and blockchain space are solid. However, this clearly doesn’t mean that the project doesn’t tank as an estimated 90% of startups fail and some for completely good and not fraudulent reasons, so there is a good chance that many of the companies behind these ICOs will not have the success they envisage even if they work really hard and try their best.

There are a couple of aspects though that contribute greatly to the potential success and survival of a startup and, by extension, a coin created in a firms ICO and that’s what we want to look at:

Ask yourself: What does the team want to achieve with its project and not just the ICO? Is the idea behind it viable, does it solve a real problem and does it have a solid business plan that considers the obstacles and risks of the venture and how they can be overcome? Does the plan to develop and execute the plan sound feasible? These and similar questions apply to all startup investments, not just ICO, and they are still key to the success or failure of a project. If it’s a wonderful, but very unpractical idea, it might be better to be cautious about investing in the ICO. On the other hand, if the project is already fairly evolved, say, it has already developed the product/solution and released a beta, it gives the project and is makers some credibility.

What does the token do? Is it supposed to be an alternative currency, does it give the holder any voting rights as envisaged by the DAO, and does the project really need a new coin to be viable or could this be achieved by other means or through an existing cryptocurrency? If the answer to the latter is yes, it is unlikely that it’s a good long term investment.

There are different models of how the tokens are sold during an ICO. Vitalik Buterin, the whizz kid behind Ethereum, did an interesting though not conclusive analysis of token sales models some time ago and there is plenty more to be found on the subject across the internet. What is important to understand is that the different models and how they are executed have implications on the value of a cryptocurrency and its future. For instance, is the token sale capped or uncapped, i.e. is there a limit of tokens that will be issued or not? If not, the amount of tokens that is going to be issued may vary significantly and impact the argument of supply & demand as an underlying of the value of a coin. Such ICOs are often considered greedy and it may be difficult to justify how a project will use the funds wisely. If, however, you take, for example, the uncapped Ethereum sale few would argue that if they had received even more funds, it would still have been a good investment at the time.

On the subject of ICO model, also make sure that the escrow model is addressed properly, i.e. what is going to happen with the funds that will be collected during the ICO? Is it going to be released right after the close or is there no model at all, make sure you there are controls in place as otherwise there is very little keeping them from running away with your money on the spot.

I appreciate that it may be difficult unless you have a good understanding of coding to get to grips with it, but the code is at the centre of an ICO and it’s a great source to understand the viability of a project. And even if you don’t have much programming experience, it’s a useful resource. For example, if the developers haven’t made their code all together and refuse to do so, there is a good chance it is a scam. Or if the code is overly complicated or messy, try to understand why that is and if this is a sign that the team lacks the necessary experience.

How are tokens exchanged, sold, bought, traded? Which exchanges have already agreed to list a token and what is their business model, i.e. can you easily buy into an exchange listing to give an ICO an air of credibility? An analysis about how difficult or not it will be to move your tokens is essential. If there is no liquidity after the ICO, it will be difficult to realise any profit or recoup any investments.

Who are the people behind the project? Do they have relevant experience, not just with cryptocurrencies and blockchain, but with the kind of objective they have for the overall project. It is important that the team covers all bases, having the knowledge to run the ICO and its mechanics, prior, during and post the launch as the tradability as an important component of the potential success as is the experience and knowledge the team needs for the particular thing they want to achieve. For instance, if the project aims at creating the next platform for online education, do the key people in the team have relevant experience, have they been working on this for years in the past and have already achieved something in the field? If so, that’s a good indication, so make sure you find out as much as you can about the team as it is together with its capability to execute the plan one of the most important aspects in any startup investment decision.

The whitepaper is the key document of an ICO as it should outline the necessary aspects of the offering. It should answer all relevant questions and if it doesn’t, you should be asking yourself why and dig deeper. Also, if you’ve read a few, you will have noticed similarities and in some cases blunt copying & pasting of sections from other whitepapers. No one needs to reinvent the wheel drafting a whitepaper and it doesn’t win you a Nobel Prize in Literature, but if the document at some point strangely refers to a different token and/or product, it surely isn’t a sign of quality.

The different aspects above are in no particular order and because something appears towards the end it doesn’t mean it is less important. There are also other aspects you might find relevant. For example, who is already invested in the project? VC investment is often cited as a good sign for an investment, but, in my opinion, only because someone else with apparent expertise has bought into an idea that you have to follow him or her. The history of finance is full of formerly great investors or funds that later made awful decisions, which have cost them and their followers dearly. The same applies, to an extent, to advisors: It helps to have great ones, but how involved are they really, and not even a successful advisor is save from making mistakes. Not to mention that money can buy a lot of support, too.

Another one that has to be taken with a pinch of salt is community feedback and media coverage: while it can be a great source of information, bear in mind that people in the community are sometimes biased and it is a field which is prone to trolls. On the other hand, openness about the project is crucial for an ICO and a supporting community goes a long way. The same warning is kind of true for media coverage: while comprehensive media coverage may indicate a solid project, remember that media can easily be bought and doesn’t contain any quality checks of the underlying ICO, so it’s important to understand the value of media coverage, too, if you want to factor it into your investment decision.

We hope you find the information in this article useful, but wanted to remind you once more that nothing in this article constitutes or should be understood as constituting a recommendation to enter in any securities transactions or investment, nor an endorsement, recommendation or rating of any project or investment. PlanetCompliance does not provide personalised recommendations or views as to whether a project or investment approach is suited to the financial needs of a specific individual. Thus, we will not be liable in any form in respect of any damage, expense or other loss you may suffer arising out of such information or any reliance you may place upon such information. You should verify any information that you find on our website that you wish to rely on, whether for investment decisions or otherwise. Just wanted to make this clear.