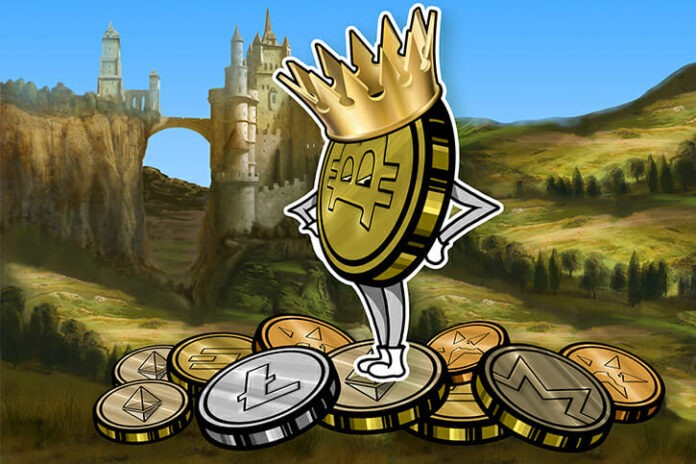 Bitcoin may be the world’s most recognized cryptocurrency, but it’s unlikely to stay at the top of the heap forever, according to crypto observers. As new coins and technologies emerge, Bitcoin’s scalability issues will come to the fore. There will still be a need for a market leader, however: a so-called global cryptocurrency that puts a public face on the enterprise, much as the US dollar is the lingua franca of the financial world.

Exactly what that coin will look like – and whether it should exist at all – is a topic for heavy speculation.

Forging a single coin for all of the world’s cryptocurrency purposes is likely an impossible task, according to some market observers. The field is already heavily fragmented, and different coins serve completely different use cases. Take the simple divide between heavily decentralized coins, like Bitcoin, and heavily centralized coins, like Ripple. Both are cryptocurrencies, but they are designed for far different markets. Whereas Bitcoin focuses on removing any bank interference, Ripple makes foreign currency exchanges between banks simpler. That requires a heavy dose of centralization, something that is absolutely anathema to the Bitcoin project.

Then there’s the idea of divisibility. Bitcoin divides into many smaller units, known as satoshis. Not all coins share this protocol, or they share it to a greater or lesser degree. Whole numbers in easily-worked quantities tend to work better in day-to-day markets, where the values for common items like groceries or gasoline need to be calculated on the fly, whereas almost infinitely divisible numbers are better for commodity and other financial markets, where fractions of a cent can really matter when it comes to trading or leveraging instruments.

It’s easy to forget that many cryptocurrencies are only currencies in the sense that they “pay” for processing power on a given blockchain platform. These so-called utility tokens aren’t stores of value in the real-world, and some are more suitable to building decentralized applications or ensuring the smooth flow of data on a network than buying or selling goods and services. So, it’s unlikely that the next big global coin will come from this sector. However, this tends to be the area where the most research and development are focussed. Blockchain technology is gradually outgrowing its roots as a peer-to-peer currency system and becoming a computing protocol. Much like cloud computing revolutionized computing following the desktop revolution, it’s anticipated that blockchain technology will bring computing past its current centralized-server model.

Let’s all get along

In order for a global cryptocurrency to flourish, it would have to satisfy the needs of literally billions of people, all while being palatable enough to world governments to prevent a wide-spread crackdown. Decentralized currencies are highly resistant to government control, but there would have to be some common basis for acceptance to make a currency valuable – some common ground whereby value transcends national borders. At the very least, this would take either a friendly government view or absolutely massive acceptance. It’s too early to tell if this is possible for blockchain technology, but it’s a noble pursuit.