Football and cryptocurrency are continuing their unlikely, but fruitful, collaboration this week as former global superstar Ronaldinho launches his own cryptocurrency.

The Ronaldinho Soccer Coin (RSC) is being launched by the Maltese firm, World Soccer Coin, with the ICO being held this month. But the plans don’t stop there.

According to the firm’s promotional videos, which feature Ronaldinho himself, the ultimate aim of the project is to build 300 ‘digital stadiums’ in a host of locations around the globe.

Now this is where blockchain tech comes in – these digital stadiums will supposedly be virtual reality hubs where anyone can plug in and play football against people across the world. Blockchain technology is to be utilized as a means to reliably record the wealth of statistics that such a game would accrue, such as game statistics and player skills.

Details are scant at this time regarding how exactly this would be done but, as anyone following the industry for any length of time knows, ICOs accompanied by such hopeful promises are hardly unusual.

What is unusual is the growing trend of footballers getting involved in blockchain tech. Numerous high-profile players have gotten in on the crypto action in recent months, including Chelsea superstar Eden Hazard, Manchester City forward Sergio Aguero, and Colombian playmaker James Rodriguez, who just launched his own branded cryptocurrency token.

So why football? Well, the answer is obvious: football is the number one global sport, and its most well-known stars have more Twitter followers, and marketing sway, than the majority of politicians in any given country.

Yet other industries also have stars with large swathes of fans, so why aren’t they being tapped for ICO promotional work?

Perhaps it’s because football and crypto indirectly cover much of the same ground. Both industries are frantic and passionate and both have followers who see their venture as a matter of life and death.

At the same time, the statistical nature of football, coupled with the giant emphasis on gambling – especially in the UK and Europe – makes it a prime target for blockchain technology’s record keeping utilities.

Ronaldinho ends his written statement regarding the project with: 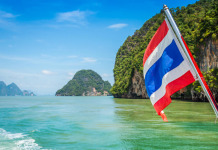