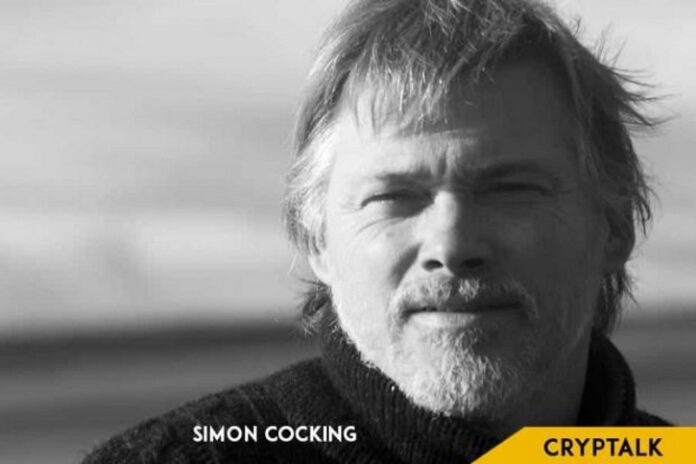 What is the future of cryptocurrencies? This is a question, asked by many, to which varied answers have been given by various connoisseurs of the industry. According to Editor-in-Chief of CryptoCoin.News Simon Cocking, numerous coins are created and will be created but the ones which are of value to the people, the ones which serve some particular purpose are used and will continue to be used.

In this interview with BTC Wires, Simon Cocking explains the vision behind cryptocurrencies and blockchain, things which various businesses in this industry should keep in mind before they look out for funds and the ideal approach to create maximum utility.

If you’re wondering where you know him from, Simon Cocking is the Senior Editor at Irish Tech News, Editor-in-Chief at CryptoCoin.News, and freelancer at Sunday Business Post, Irish Times, Southern Star, IBM, G+D, and many other publications. He has been working as an advisory board member for several successful ICO launches who have achieved their ICO targets, to help with marketing, media, PR and strategy. His interest in the field of crypto and blockchain heightened through Don and Alex Tapscott’s book Blockchain Revolution: How the Technology Behind Bitcoin is Changing Money, Business, and the World. For the last eight years, Simon has been regularly playing various roles in the ecosystem, doing one thing or another.

He believes blockchain is definitely the next big revolution and it can change the way we live life.

The cryptocurrency market is highly volatile. More than anything, currently they are serving the investors a speculative instrument. There are huge risks involved and many nations have been restraining it in some way or the other. Many scholars and industrial leaders have stated that Bitcoin and many other cryptocurrencies are some sort of Ponzi schemes. So when asked about what the future of cryptocurrencies looks like, Simon is quite optimistic about it. Rather than focusing upon their day to day movements, if one looks at the big picture, then it is quite evident that these currencies serve some particular function.

“If we look at the really big picture, Bitcoin is basically a proof of concept in many ways. It was put out to demonstrate that the Dollar and the Euro or your fiat currency at the moment can be manipulated by the governments where you live. So Bitcoin was introduced to try decentralized money. After that, the Ethereum, and all the other coins in the top 20, actually serve a particular function.”

In the common world, the sustainability of anything depends upon the utility provided by it. For cryptocurrencies too, the coins which solve a particular problem will be of value to people and will continue to be used, no matter how many bans are put by various centralized parties.

“You will have more and more niche coins to serve a particular function. When there is value and traction, people would use them. Meanwhile a thousand coins are being launched and they will not survive as they won’t get used. Down the road, it is quite conceivable, we can actually fracture it down to individual coins.  If you like the particular popstar or a cricketer, then I can see in the future that they will have their individual tokens. So, if you want advance notice of a concert or inside information, or anything else, Then I can potentially see the popularity associated with celebrity tokens too.”

Another important point of observation is that even though more and more nations are banning some or the other cryptocurrency, especially in Southeast Asia, more money has already been invested in the ICOs in the first four months of 2018 than the whole of 2017. This clearly indicates that more and more institutional money has been moving to the crypto world.

“We have a lot of investors approaching us who have never invested in crypto before, and therefore, their institutional money is moving into crypto which was not moving in previously because of the associated risks. But now, with increasing KYC (Know your customer), anti money laundering, and with the things that SEC is doing in the US as well, many areas have been de-risked.”

Key check Areas for ICOs when they are raising funds

The crypto market and ICOs have started serving as a preferable source for fundraising for various businesses as it does not lead to leakage of control from the company. Tapping this, many ICOs are hitting the market but not all of them succeed in gaining funds despite them having a concrete idea and a solid team.

“The ICO should not be looking for funds for an idea on the back of an envelope but it should be looking to raise some funds to expand what they are doing or to build out what they are doing. Therefore, ideally, a good ICO must be doing all of those things and not just to gain a rich play for the founders. Once the ICO ticks those boxes, it already puts them in the top 20% but there are plenty of other projects that are doing the same thing as well.”

When an ICO is already in the top 20%, it will face challenges from its contemporaries in terms of how well they communicate or articulate their idea. In many areas, many companies are doing similar things, and when it comes to fund raising, the ones who are able to communicate better will get an edge over others. The projects taken upon in the crypto world are technical in nature but they solve a purpose for the people who do not understand the technicalities. Therefore, it becomes really crucial for ICOs to present themselves well and justify their idea and utility for the people. Simon gives a very interesting example for it:

“Let’s assume you are building a product for the South Koreans and it is important that South Koreans understand the utility of it. They should know what problem that particular product is going to solve for them and only then that particular ICO can raise the funds it wants to. To do that, it can have a Korean language whitepaper to start with. So it is a mixture of getting a message out and then working out who it is resonating with.”

Blockchain has entered many areas already, and is making its way into others. One of the areas where many projects have not come up is media. BTC Wires is really looking forward to how this revolutionary technology will transform this particular industry and we asked Simon the same question, him being from the field of media himself. To which he gave us an interesting answer.

“If we go back to the big picture, the question is what should be tokenized? What can be tokenized? Blockchain is good, when you want to transfer micro values or to access micro payments. If something valuable is put on Quora and a million people like it, Blockchain would be good for people who offer value to other people as they can monetize what they do. If you look at media in that way, or if you enjoy reading, listening to or watching someone or something being created, in traditional media you pay for it, where online it is mostly free. Blockchain provides a middle way for those of us who are creating those things. You can give away a piece of demonstration for free to showcase your value, and then generally you are approached either for the advisor work or public speaking, or to do TV. It is more like the music business, where traditionally you make money by selling the songs but now you give away the songs, and if people love you, then you can do three nights of 80 thousand people coming to see you.”

The major thing to understand is that the value creation in blockchain depends upon what should be tokenized. It is a technology which is most efficient in areas with large databases. The industry holds a large potential and soon we will reach a point where we don’t have to physically reach our pocket for money anymore when we are buying coffee, or are going to the gym, or are accessing something for entertainment.