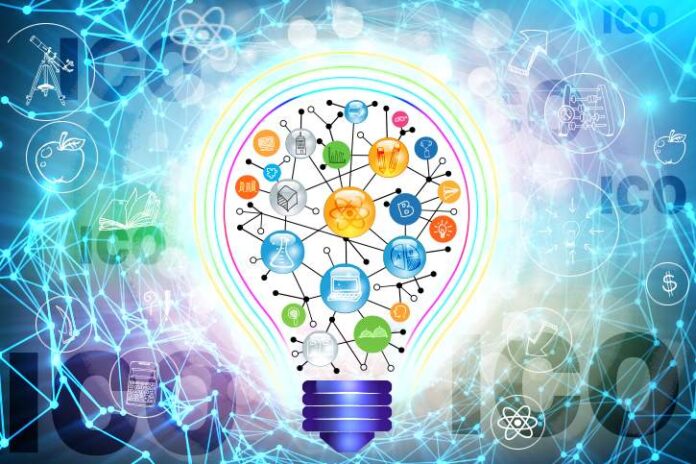 The top ten ICOs have been very successful in gaining early positive attention around their projects; however, many on this list have had lackluster performances in the time since their ICOs. Here’s what you need to know about these projects. 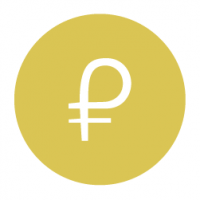 While the Petro project has reportedly raised the most money of any ICO on this list, it is also quite possibly the most controversial. The Petro was essentially created by the Venezuelan government in February 2018 as a way to circumvent economic sanctions. The Venezuelan government has had a dismal track record in recent years. Problems include human rights violations, rampant corruption, and hyperinflation of its own fiat currency.

With all of these issues, who actually invested in this project? It’s reported that Russian officials helped Venezuela launch the Petro. This makes this crypto controversial from a political perspective. In fact, the US government has banned its citizens from trading it. Even two of Venezuela’s own lawmaking bodies have declared the Petro to be an illegal cryptocurrency. 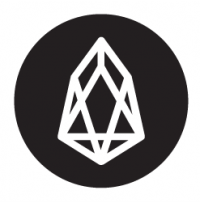 EOS is a project born out of a vision to create a better blockchain platform for decentralized applications (dapps). The aim is to offer the security of BTC and the computing power of ETH. It also promises to be able to process 1 million transactions per second on machines with 100 GPU cores. The combination of scalability and ease of use are what has attracted a lot of investment thus far. 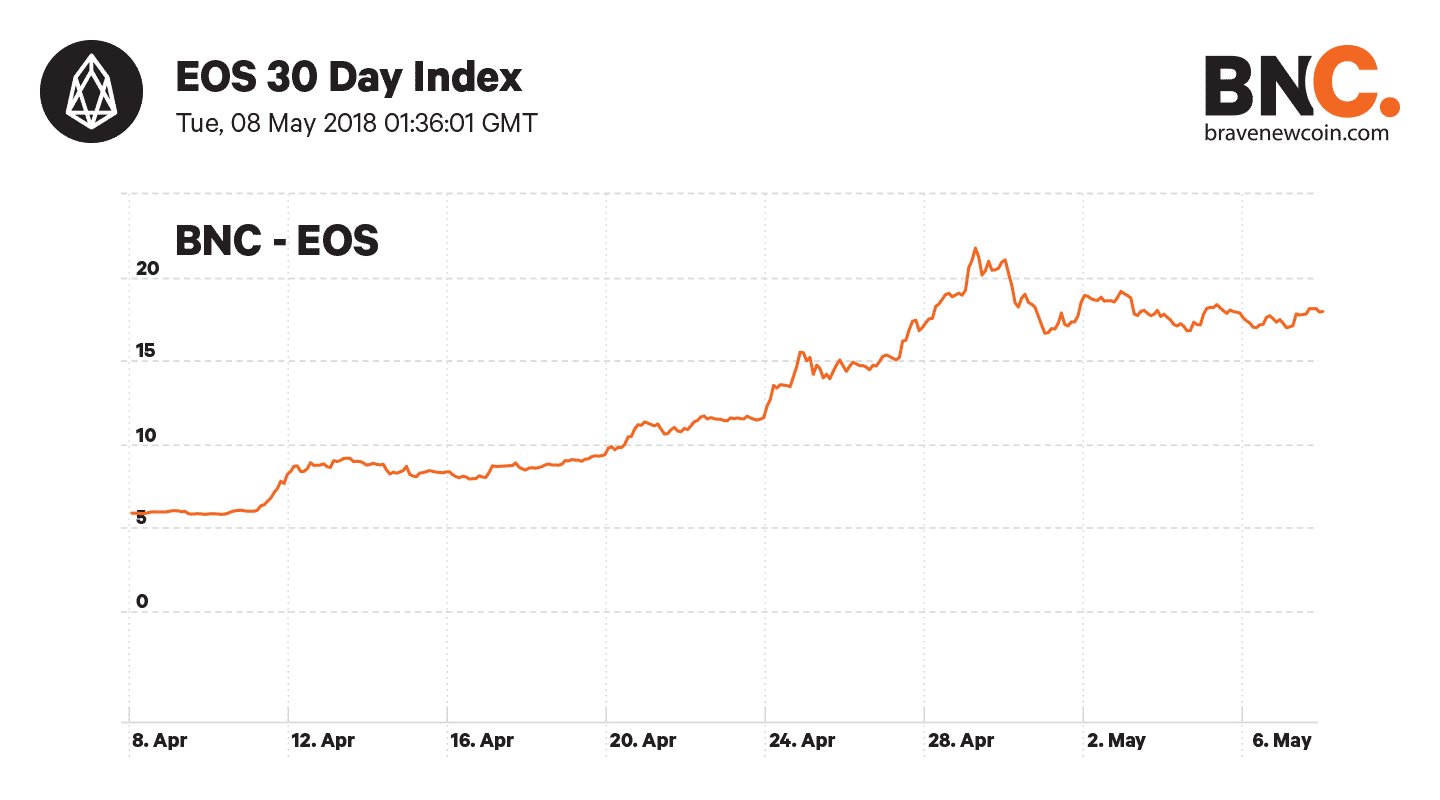 One of the biggest controversies regarding EOS is its ICO structure, which utilizes a continuous distribution model over a one-year period (ending on June 1, 2018). During the ICO, EOS is simultaneously available to purchase on cryptocurrency exchanges, an uncommon practice for almost every other similar project. This strategy has been criticized by some as EOS trying to drive speculation and pit investors against one another. The project also featured on an episode of Last Week Tonight with John Oliver in March 2018. 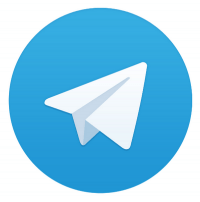 Telegram has quickly gained a lot of momentum. In an era where social media platforms like Facebook, Instagram, and Twitter seemed invincible, Telegram defied the odds to become the number one social networking app in over 100 nations according to AppAnnie rankings. What’s so interesting about Telegram’s ICO is that all of its funds so far have been raised in two private sales, which are only open to accredited investors in the US.

How much money is needed to invest in GRAM coin? The total is thought to be $20 million for “outsiders” and $500,000 for “friends”. This is potentially concerning for some investors due to the fact that the token supply of GRAM will be heavily centralized, meaning that a few wealthy investors have control over funds. This is the opposite of the decentralized movement that most projects usually intend to promote. 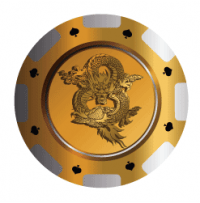 Dragon is different than almost every cryptocurrency on this list. That’s because it will be backed by a real-life, physical asset: a floating casino in Macau. Holders of DRG will be able to use tokens in the new casino once it is built.

This project looks to change Macau’s booming gambling economy, which is estimated to be 20 times the size of the Las Vegas gambling sector. Essentially, DRG tokens will be used to circumvent the capital flow restrictions in and out of mainland China, making gambling more convenient for Chinese mainlanders.

20% of the ICO fundraising will go toward construction of the $300 million Dragon Pearl Hotel Casino. Interestingly enough, the other 80% of funds needed to build the facility are being paid by the Norwegian government.

More controversially, Dragon has been linked to the recent scandal surrounding Cambridge Analytica. 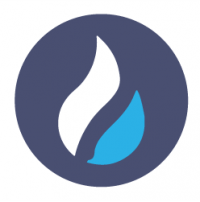 Huobi is consistently ranked as a top five exchange in the 24-hour trade volume rankings. Previously, Huobi was different than most cryptocurrency exchanges because it lacked its own native token.

Due to the popularity of other exchanges with native tokens, the company launched its own Huobi Token (HT). Instead of conducting a large-scale and high-publicized ICO, Huobi simply allowed its existing active user base to purchase HT packages using other cryptocurrencies. The main benefit of HT is its use as a utility token on Huobi’s trading platform. Investors who trade using HT as part of a trading pair receive a reduction in transaction fees. 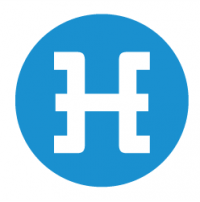 Hdac (DAC) aims to be the world’s first IoT contract and payment platform using blockchain technology. Most notably, Hdac is supported by the South Korean car manufacturer Hyundai. This ICO received a lot of funding and publicity in South Korea, but hasn’t received the same amount of attention elsewhere. Some publications have been critical of Hdac, citing that the project’s white paper failed to draw any comparison between itself and IOTA, its main competitor.

One of the most interesting things about Hdac’s token sale is the small amount of tokens being sold. Unlike most projects which aim to sell at least 30 or 40% of the total supply during an ICO, only around 7% of the total supply was sold during the Hdac ICO in November/December 2017. Some would argue that this gives the existing DAC tokens a lot of value; however, others would say that Hdac runs the risk of rampant inflation as it releases more tokens in the coming years. 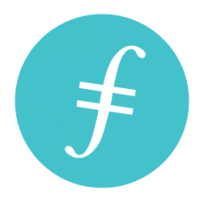 The concept behind Filecoin is simple. The world is filled with millions of devices with extra storage and also millions of people who need more storage. Filecoin (FIL) aims to create a decentralized file storage solution that will allow people to pay other people for extra storage using FIL tokens.

When Filecoin launched its ICO back in September 2017, it was actually the largest in history. However, similar to the Telegram ICO, Filecoin’s fundraising was only open to accredited investors (people who make $200,000 a year or with assets worth $1 million). While this did help Filecoin raise the capital it needs to build out this innovative technology, it is yet to be seen whether FIL (or any other crypto) can gain value after only offering a closed, private token sale. 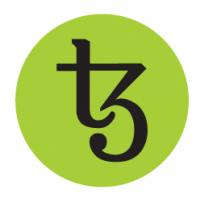 Tezos garnered a lot of attention during its ICO, especially due to its promise to create a new type of built-in consensus algorithm. Most notably Tezos (XTZ) is backed by well known Silicon Valley venture capitalist Tim Draper. Much like EOS, Tezos was able to raise a lot of funds due to its ambitious project goal to create the world’s go-to blockchain protocol. 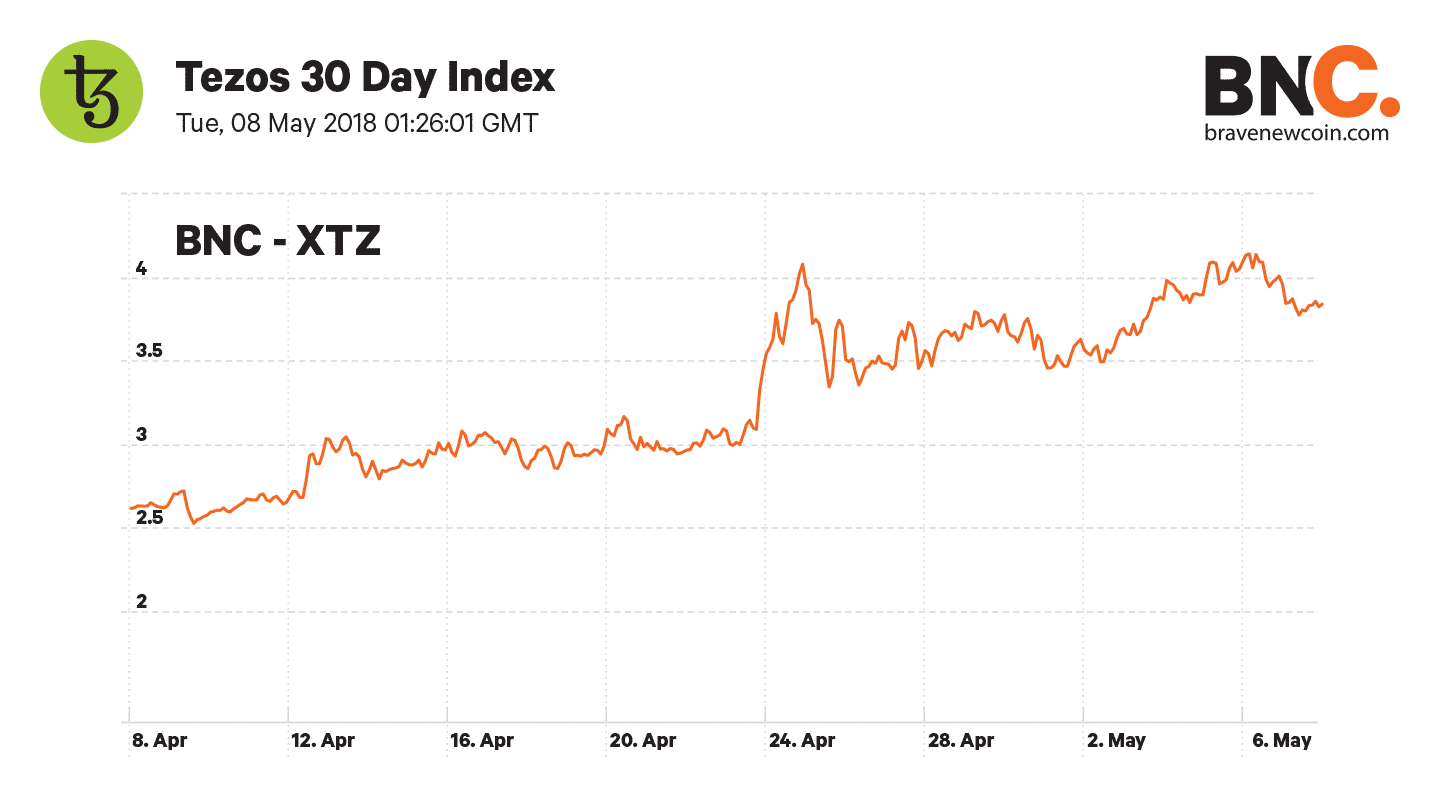 Soon after the ICO ended, Tezos co-founders Kathleen and Arthur Breitman discovered that Johann Gevers, Tezos’ fund manager, decided to give himself a $1.5 million bonus without notifying other members of the team. This has since led to a class action lawsuit, which has cast a large shadow over the project. 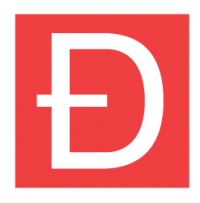 The DAO (Decentralized Autonomous Organization) is the earliest ICO featured in this list. When The DAO launched its ICO in May 2016, there was a lot of excitement around its aim to create a decentralized venture capital fund. The intention of the project was to create a voting system that would allow the community to determine how cryptocurrency project fund managers could spend funds, reducing or possibly ending possible scenarios like the one that occurred with Tezos.

From the perspective of investors, The DAO seemed like a project destined to bring 100% decentralized business-decision making to blockchain projects. However, a major hack soon after the ICO led to the loss of 3.6 million ETH, one-third of all project funding. The DAO wasn’t able to recover and the Ethereum community voted to reverse the loss through hard fork,  thereby splitting the network apart into Ethereum and Ethereum Classic (ETC).

The fact that U.S. Security and Exchanges Commission ruled in July 2017 that DAO tokens were possible violations of national securities law has also made many newer crypto projects weary of possible legal battles in the US. While this ruling was intended to keep smaller investors safe from potentially fraudulent projects, this move has likely instigated a trend towards a greater number accredited investor ICOs like Telegram and Filecoin, which feature highly-centralized token supplies. 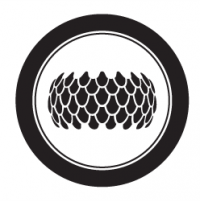 Sirin Labs is working to together with Foxconn to create a blockchain mobile phone called “Finney”, which is expected to retail for around $1000. The project is incentivizing its cryptocurrency by allowing token holders to pre-order Finney using SRN tokens. Sirin Labs’ ICO was successful because the project has a clear goal of creating a more decentralized consumer electronic experience. Instead of using Google Play or the Apple App Store, users will be able to download and use decentralized applications directly from their mobile phones. Sirin Labs will also create software that allows its users to easily convert a number of ERC20 tokens via Finney. 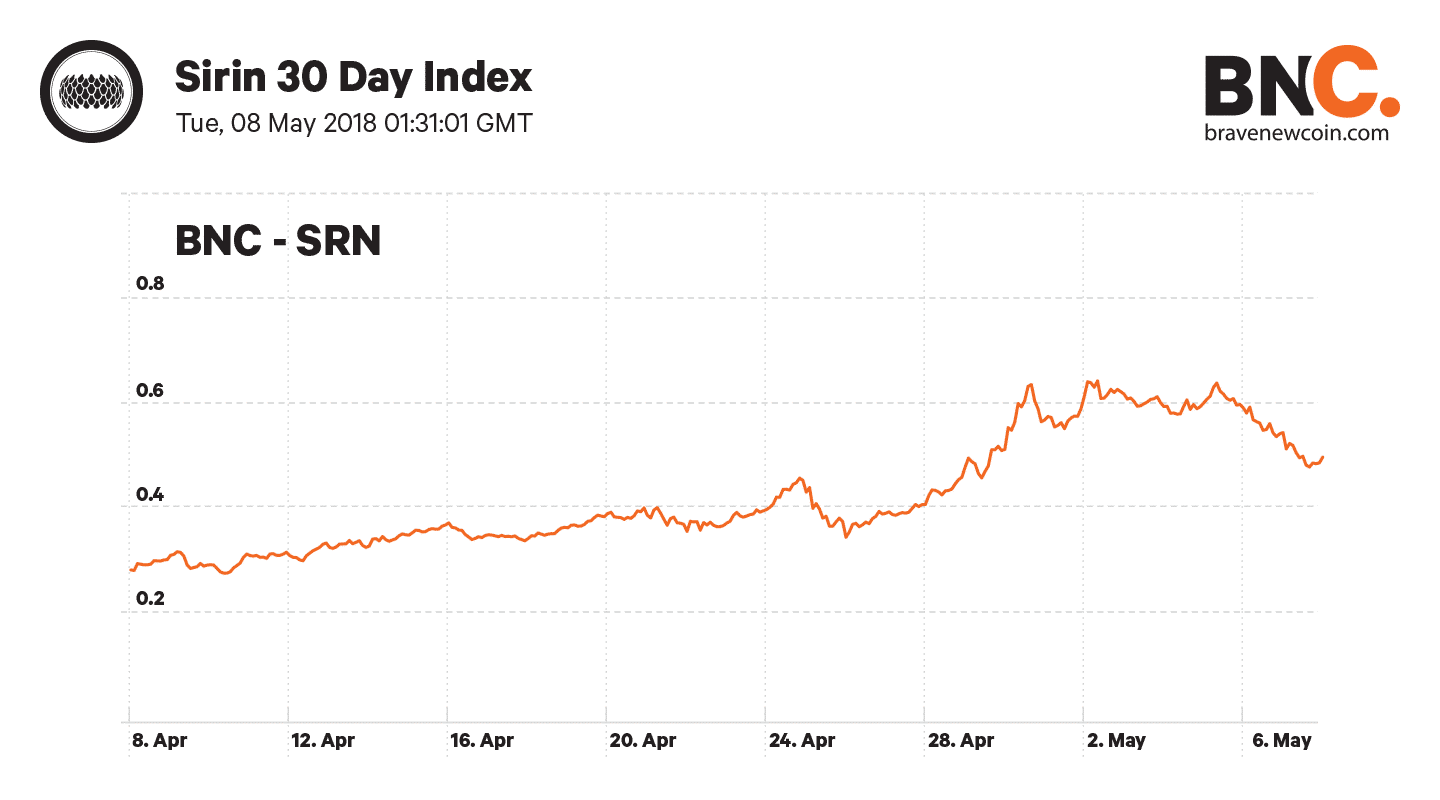 IOTA’s Tangle technology is also expected to be implemented in Sirin Labs’ products. Sirin Labs’ unique focus on blockchain-enabled hardware is a sign that the company wants to tackle some of the biggest obstacles to user adoption. This is something that very few projects are working on at the moment.