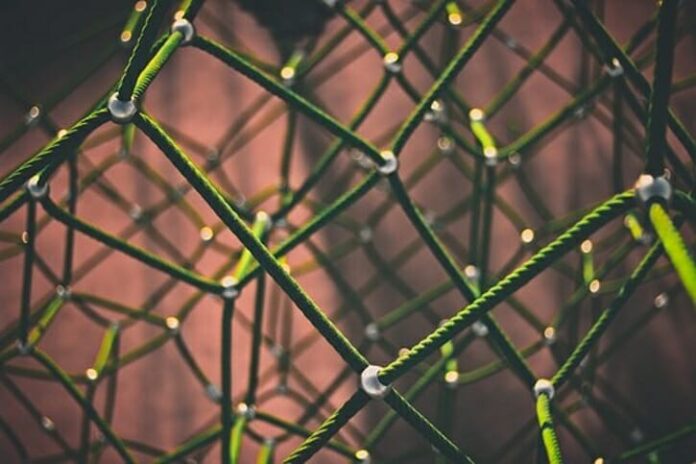 Mesh radio communication may seem archaic in the modern world of the internet, but the advent of blockchain technology has revived mesh communications in recent times, and given them a wholly new function.

As long as one device on the network is connected to the internet, transactions can travel along the inter-connected mesh network until they reach a connected device. At this point, the transaction will be logged onto the blockchain.

One obvious benefit is that in the event of your internet connection failing, you could still conduct important transactions – as long as you are within range of other mesh devices which can carry your request along to a connected node.

Mesh antenna devices tend to work well in open areas and are capable of ranges up to around five to six miles. In built-up areas, however, mesh devices tend to struggle, and end up with a workable range of close to one mile. They were used successfully to connect stranded victims during Hurricane Maria in Puerto Rico in 2017.

If…and it’s a big if… there are enough mesh devices in a given area, then they can form to create a cohesive network, without hierarchy or centralization. Each connection jumps onto the other and creates a web of interconnectivity.

goTenna’s Decentralized App Engineer, Rich Myers, said: “Mesh networks are the only legitimate alternative to these traditional centralized communication networks. They are completely decentralized and democratized, leaving the power of communication in the hands of the people. Beyond that, they are much more resilient to unforeseen disasters — the only thing these networks need to function is a mesh networking device paired with a smartphone.”

Mesh devices are expensive and uncommon. The chance of a global network popping up any time soon is unlikely. However, they do present a good fail-safe alternative to traditional methods of crypto payment, which could crumble in the event of a power-grid outage or solar flare.

One could conceivably construct their own mesh network by placing mesh devices at strategic points around their city. This means that if they were stranded across town, they could piggyback across the devices until their transactions reached the mesh device in their home, which would be connected to the Samourai Wallet node.