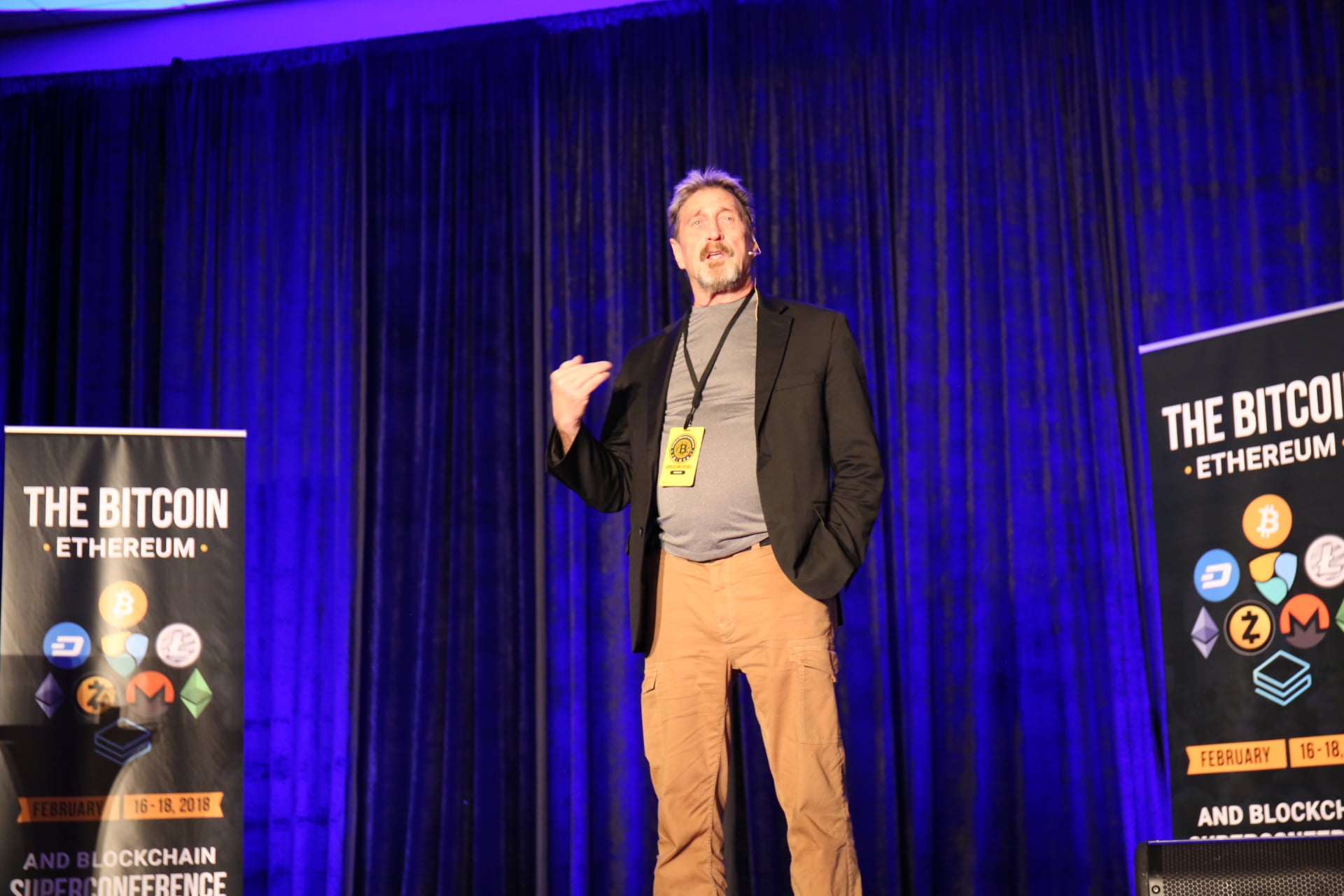 Speaking in Texas yesterday to an enthusiastic and animated audience, John McAfee enlightened and entertained with on-the-money insights into the potential future for Bitcoin, Ethereum and the whole crypto world.

John McAfee was the highlight of the second day of the Bitcoin, Ethereum & Blockchain Superconference, currently taking place here in Irving, Texas. Such was the draw of having McAfee at the event that his speaking time was not even scheduled in the program. Once his speaking time was announced the lunch hall emptied as conversations were dropped and the auditorium quickly filled up. Since we interviewed John last November it would be fair to say that his profile in the crypto world (and his following on Twitter) has rocketed. There have been ups and downs associated with his increased profile, but overall he is clearly passionate and driven to discuss with the world the transformative potential of blockchain-related innovations.

The audience were clearly there to learn from what he had to say, and to also get his opinion on the latest hot crypto topics, such as: is mining still a sustainable activity? To this, he replied that he had recently moved away from mining ventures personally, mostly because it no longer held any interest for him. The recent Bitcoin price crash was also discussed; McAfee has previously tweeted a great visual demonstration that every year around January for at least the last three years, if not longer, there has been a big price fall, linked to the Chinese new year. China is one of the world’s largest holders of Bitcoin, despite recent government bans, and every year, in the lead up to their new year, it is a time of leveling up, and giving gifts. So naturally, currencies are traded in to pay for this. McAfee also mentioned other seasonal variations, but pointed out that overall the trends for the value of Bitcoin will only continue upwards.

My keynote at the Blockchain SuperConference, Dallas. I privately predicted to a group of followers that the SEC, or other corrupt part of the U.S. Government, in their Gestapo-like struggle against ICOs, will single me out as a scapegoat and will punish me. Where will you stand? pic.twitter.com/jIlDO5sn9k

His talk was wide-ranging, and insightful. He spoke about the challenges of dealing with hackers, something that he has often personally had to do, as the hacking target of choice for many. Overall it was a great performance and informative talk for an audience that ranged from seasoned investors, developers, and newbies looking to move into this space. 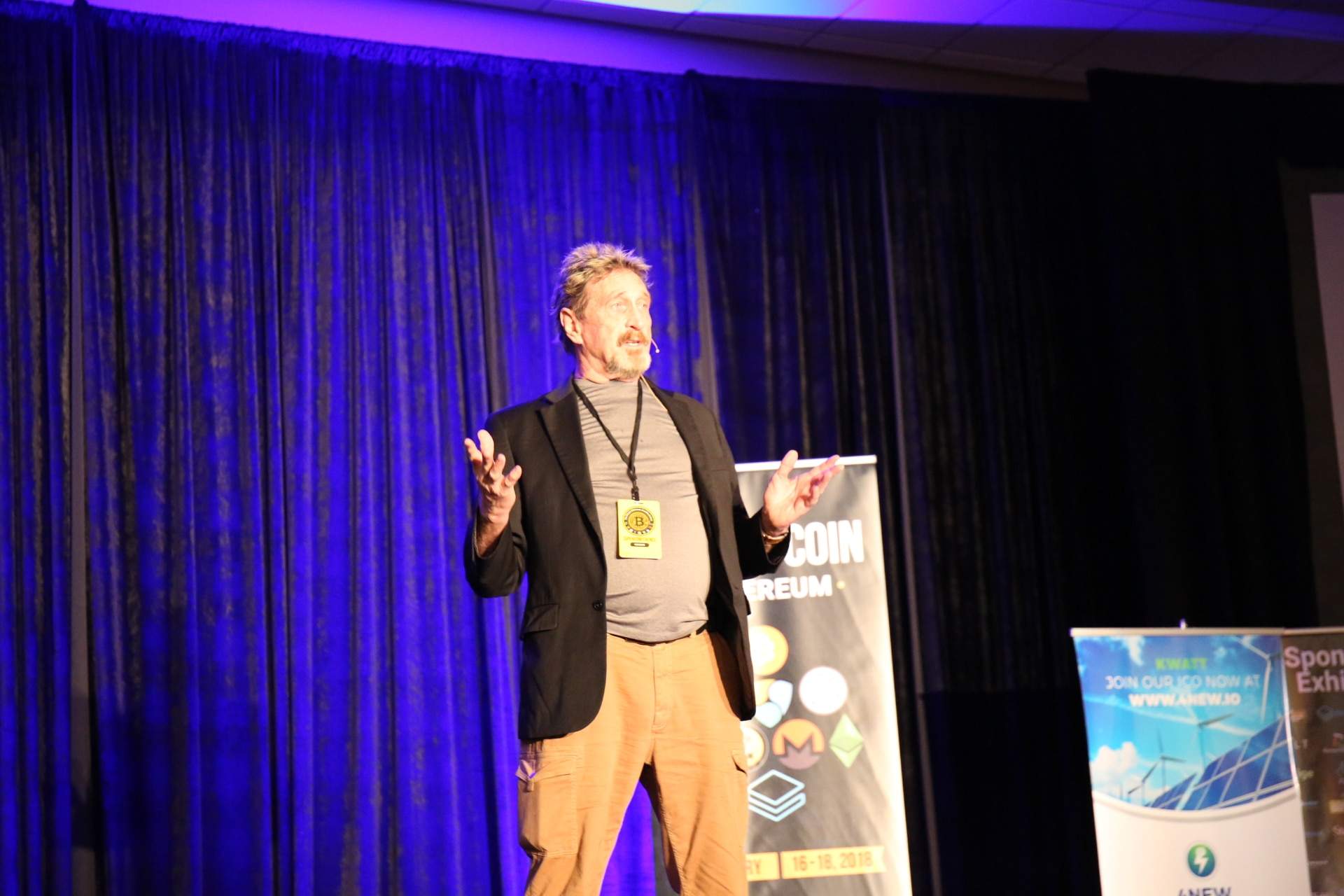 Perhaps inevitably in the final Q and A a member of the audience asked if he was still prepared to follow through on his pledge to eat his own manhood if Bitcoin didn’t reach $1 million by 2020. McAfee remained bullish on this issue, but did say that his wife might have other plans for him around that time. 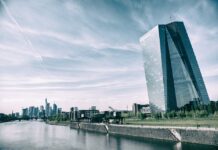 What Would A Digital Euro Ideally Look Like? [Opinion]