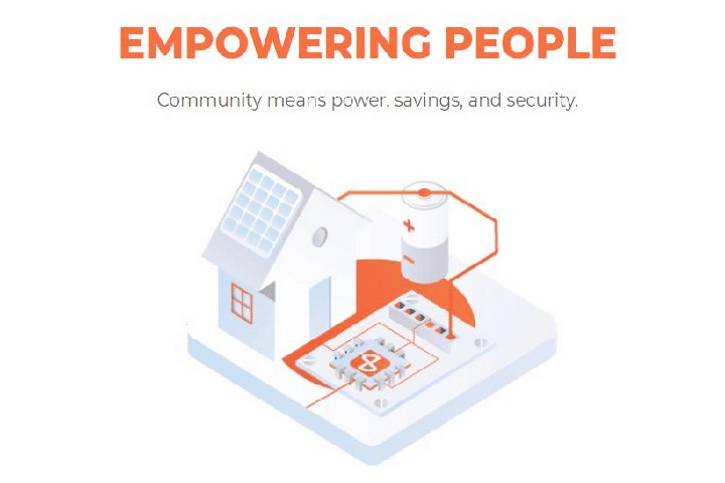 The legend on the website of Robotina reads: Save Electricity, Save Money, Save the Planet and Earn ROX (the token in their ICO). And this probably goes to the core of the idea: making a good idea work for everyone.

Devid Palcic is the CEO and founder of Robotina. He formed the company 28 years ago in Slovenia. The name of his company explains the business of his company, according to Palcic. While in the business of energy savings and smart usage, the emphasis of Robotina has always been in automation – hence the name. Robotina offered automation of business controls for large corporates and companies. In some ways it was ahead of its time; foreseeing the emergence of smart cities, smart buildings and, increasingly, smart homes.

When the company was first formed it used tools such as PLC controls but in time this evolved into the Internet of Things or IoT. Humans were still an important part of the equation, reviewing first operational terminals but increasingly the internet and smart phone apps became the interface through which decisions were made by engineers.

It was only a matter of time before Artificial Intelligence (AI) was used to replace human decisions.

Then came blockchain. Palcic is an electrical engineer with a passion for making things better, more autonomous and more efficient.

“When I discovered blockchain I realised immediately that this was the technology that we had been missing.” he says. “We had created autonomous systems that hummed along without continuous human intervention. The two core components were IoT and AI. We were able to measure our systems and then use AI and Machine Learning (ML) to make the systems better. But the missing piece of the puzzle was blockchain.”

Blockchain offered the missing piece of cooperation. The first component was Smart Contracts which enabled cooperation between automation and outcome. Transparency was now possible. Add into that mix decentralization and Palcic suddenly knew he could involve a community.

This was to be a bit shift from working B2B to B2C. Except that Palcic believes that the whole world of business is moving from a B2B model into a B2C one.

“Ten years ago the two models were very clearly defined,” he says, “but now a private person can contract with a large company. Consider the way private individuals do business with Amazon – this would not have been possible before.”

Asked if working with big companies was different to how Robotina might interact with individuals, Palcic says no. “For example, look at what we did with Hitachi. We are experts in IoT and AI so we helped them optimize their energy consumption through measurement, prediction and resulting decisions.

“It is the same for an individual homeowner. Just the scale is different.”

The Robotina platform connects people with services and service providers. Here, Palcic shakes his head. “Every blockchain platform claims to do that. What we do is different.”

At its most basic level, every customer on the Robotina platform has immediate benefits. They purchase a Home Energy Management System (HEMS) and install it in their home. The HEMS gathers data on the behavior of the household. It delivers some immediate control, allowing homeowners to remotely turn off an appliance if left on by mistake,

However, in a matter of some two to three weeks, the HEMS will have gathered sufficient data to be able to build a trend of how energy is consumed and can offer advice on how to optimize energy consumption in the house. A classic example might be the need to charge an electric car overnight. As long as the car is ready in the morning, the owner does not care when it is charged and the HEMS can intelligently choose the least expensive time and rate for this task. This is termed the native intelligence of the system.

Where the platform starts to gather some speed is on the group buying power. Gathering the data from hundreds of thousands of customers gives leverage in terms of bargaining for group discounts.

The big data gathered by the platform can also be traded off for value. Data, often termed the new gold, on energy consumption can be offered to energy suppliers, such as solar powered plants. Knowing when energy is actually needed by its customers can produce big savings for suppliers and they are willing to pay for it.

Ultimately, the Robotina platform can target the cost of making energy available. As Palcic explains: “Half the cost of energy is from its generation; one quarter is taken in correlated costs such as transport, maintenance etc. The final quarter is ensuring energy is available when the customer wants it.

“If you plug in a hairdryer you expect it to work. Well, that is the trickiest part of energy delivery.”

Utility companies can also find this an unnecessary expense. They have to buy expensive energy just to cover peaks or fluctuations and if they buy too much, then they often have to burn it as it is too expensive to store. This kind of energy also tends to more pollutive as it is ‘get quick’ energy.

“This is where Robotina comes into its own.” explains Palcic. “We will have an aggregated consumption pattern of hundreds of thousands of consumers. In effect we are a virtual power plant. We can collectively switch off thousands of energy consumer entities in the homes providing an easement or boost of energy. This might be turning down a heating system for five minutes, or a fridge – it won’t affect the core operations of the item – but it can produce a surge of extra energy when needed.”

The Robotina platform is already built, tested and operational. Palcic and his team are expanding its functionality, including increased automation and scalability. Right now there are approximately 4,000 customers with more than two million IO points. Robotina is rolling out a new pilot for customers in cities in Germany, Cyprus and Switzerland.

“We built this project many years ago – now we are just fine-tuning it.” he says. “We are already global – we are operational in more than six countries and this is growing. Our ICO is reflective of that. We launched on 21st March and will run until the end of April but we have already surpassed our soft cap and have raised in excess of $11 million.”

Palcic has other plans too. He recognizes that his platform will connect many millions of people online. Therefore, any product that benefits from an online connection would benefit from having access to Robotina.

“For example, a sensor that tracks an old person in their home, unobtrusively monitoring if the person has left their bed, fallen down and is not moving, is a valuable service. We could roll out an approved product to a huge online community. It’s a bit like the smart phone – it grew in popularity through the introduction of third party apps. It gave developers an audience and the user added value.”

While adding that third party apps will not be available until 2019, Palcic is happy to receive letters of intent. There will be a stringent process of evaluation, pilots and testing, but this is something that will benefit the community too.

“I believe in a bottom up approach.” says Palcic. “I believe in the Robotina community. We can save people money and reward them for being part of a greener world. And we all win – including planet earth.”