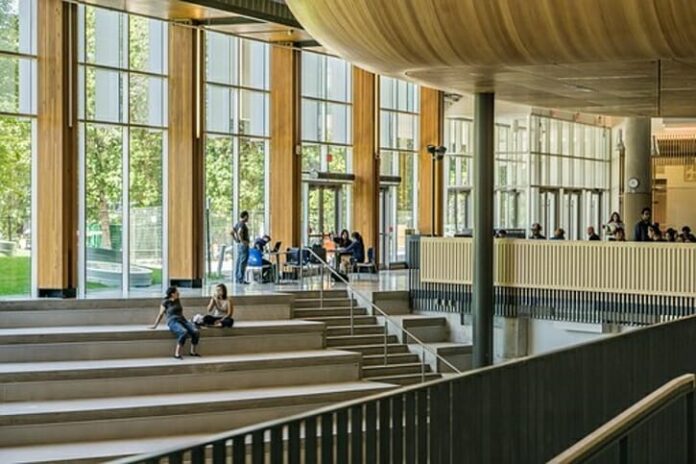 Impact investing is trending globally, attracting both individual and institutional investors. At the beginning of 2016, the global ‘impact’ market stood at just below $23 trillion.

On May 31, 2018, a leading cryptocurrency trading exchange, Binance, joined impact investing when it announced plans to launch a $1 billion venture capital fund dubbed the “Social Impact Fund”. Through this fund, Binance is looking to finance projects that apply blockchain to specific areas, including custodial solutions, decentralized exchanges, stablecoins, and security token platforms.

A few days after the Binance announcement, cryptocurrency and payment startup, Ripple, broadcast its $50 million “University Blockchain Research Initiative” program. Ripple’s fund is aimed at facilitating research and development in digital payments, blockchain and cryptocurrency across the globe, with 17 universities on the list.

Committing resources to facilitate further development of blockchain is a good way of accelerating mainstream adoption and education on blockchain, according to Isaiah Jones, SportsFix Vice President for Growth. For his company, which is leveraging the technology in sports, this move gives hope that blockchain will become accessible to more people.

These two initiatives are likely to boost blockchain application across sectors, bringing it closer to actual usage by real people, according to Reinhard Berger, CEO of Pecunio Blockchain Technologies and member of the supervisory board at Pecunio Venture Fund:

“Such initiatives are generally very positive, this will definitely accelerate mass adoption and more practical use cases for Blockchain Tech in everyday life, furthermore enhance support of new development teams who want to create their Blockchain Apps.”

For Thomas Labenbacher, CEO and co-founder of Bank52, the investments being made towards the research and development of blockchain will shape the future of financial systems:

“We can already see that digitization will change banking, blockchain will revolutionize the banking industry, and cryptocurrencies will eventually replace existing financial systems by eliminating intermediaries. Any investment in blockchain technology or cryptocurrency projects is an investment in the future. That’s why we established Bank52, ‘The Any Asset Bank’, allowing fully regulated access to any kind of banking services, with any assets and currencies. Bank52 empowers individuals to manage their assets, and provides services to corporates to take advantage of blockchain technology and cryptocurrencies in financial matters.”

Berger does not see limited resources becoming a hindrance to blockchain adoption either. “With higher transactional speeds, the utility of Blockchain becomes more applicable for everyday use cases and the technology can reach out even to those who still have limited access to IT and network resources,” he adds.

Many projects backed by great ideas are yet to take off due to lack of funding, with some opting to run initial coin offerings (ICO) to get started. Financing from the Social Impact Fund could go a long way in supporting such projects, according to Travis Stroud, founder of Lavish Crypto:

“Funds like these would be most beneficial to blockchain projects not related to a digital currency. There are lots of great ideas out there for such projects that struggle to find funding without running an ICO.”

Almost always, blockchain application is being developed in an ecosystem where an ICO is needed for the funding. Stroud says, “The many ways blockchain can be used without association to digital currencies may now be realized, which will lead to mass adoption of the technology.

Besides developing innovations around blockchain, the research initiative will create a huge pool of people who are more equipped to work in the field. According to Alex Karasulu, CTO and founder of OptDyn which is also the company behind Subutai Peer-to-Peer Cloud Computing Platform, the research initiative is a matter of seeding the next batch of workers for multiple reasons:

“This is a matter of seeding the next batch of workers for multiple reasons. First it prepares these graduates to participate in the blockchain driven economy with awareness and understanding at a minimum. There are no credentials today to rely on while finding talent in this area. It is very hard to find competent staff. This seeds the universities to help grow the sector and have students openly demonstrate their skills. I’m sure many will be plucked off to work at these companies based on their capabilities.”

Further, Karasulu notes that the research initiatives will: “seed the universities to help grow the sector and have students openly demonstrate their skills” such that “many graduates will be plucked off to work at these companies based on their capabilities.”

Initiatives on impact investing and university research will hasten blockchain application for the community and global economy. The question on everyone’s mind now is: will it spill over to government organizations and other sectors?