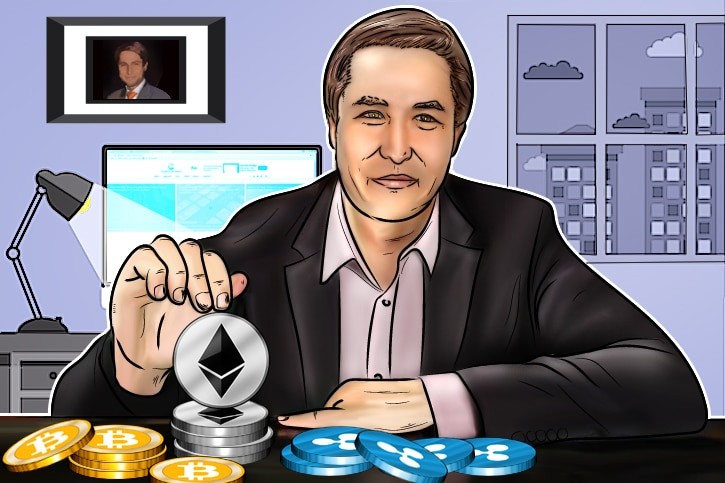 Ripple XRP ended 2017 on a high note. Its market capitalization overtook that of Ethereum on December 29th 2017, after its value rose by 42.7% within 24 hours. This effectively made Ripple XRP the second largest digital currency after Bitcoin.

According to Play2Live CEO, Alexey Burdyko, Ripple’s rise was an indication that investors were beginning to consider alternative currencies other than Bitcoin.

“A soar in XRP price was an indication that investors extensively seek alternatives to Bitcoin. With Bitcoin becoming more mainstream and reaching psychological heights, it is feasible that we will see top 10 cryptocurrencies on Coinmarketcap changing places off and on like in the recent case of Ripple outnumbering Ethereum in terms of market cap.” Burdyko says.

Ripple’s price surge wouldn’t last for long however. Ethereum regained its second spot in the crypto market on January 8th 2017, after Ripple’s value went down over 40% during the first weeks of 2018. At the time of writing this article, Ripple was trading at $1.29, down from a peak price of $3 which it had achieved on January 3rd 2018.

“Volatility is still what the crypto market is all about. We will continue to see coins go up and down depending on how strong a case they make for new partners and users. Still, the common thread for the future will be Ether’s continuous rise, as it will overtake every other coin in popularity.” notes Playfold’s CEO, Marcus Vandea.

Two weeks ago, the cryptocurrency market experienced high volatility that saw prices of most coins, including Ethereum, Bitcoin, and Ripple drop by almost 30%. As the market recovers from this price plunge, Ethereum seems to be the one leading the recovery process. On January 28th of this year, its price increased by about 14% compared to 4% for Bitcoin and 7% for Ripple.

“Ripple technology is a hugely prospective alternative solution for digital transactions even though it compromises the centralization factors that go alongside it. Nevertheless, at the moment it is rather progressive, especially if compared to the unfeasible Bitcoin network structure.” notes Wealthman’s CEO, Andrei Huseu.

Should xRapid trials succeed, it will be the first step towards the adoption of Ripple technology by financial institutions. According to Menlo founder and CEO, Matt Nolan, further cryptocurrency adoption will increase the amount of institutional capital flowing into the cryptocurrency space.

As such, Nolan adds: “We are likely to see the top 5 cryptocurrencies continue to rise, but more interestingly, lesser known altcoins grow as investors diversify their portfolio.”