0x is down by approximately 1.88% from the previous day, with its price currently hovering around $0.1614 USD. The down day for 0x yesterday was a reversal from the day before it, which puts its price at 3.44% below its 20 day moving average. Over the past two weeks, price has been in a unclear trend. In terms of an expected trading range, the Bollinger bands on 0x suggest price may bounce between $0.15913 and $0.17517 based on its momentum and volatility over the past 14 days. As we are closer to the bottom of that range, rangebound traders may wish to consider exploring buying opportunities. 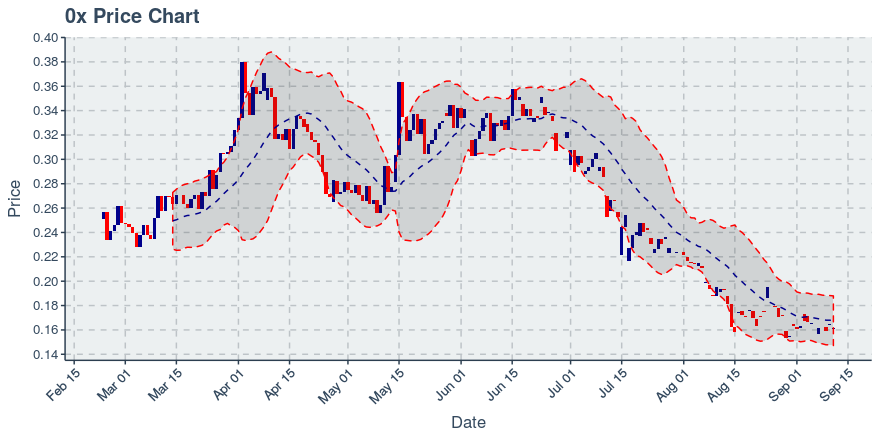 The currency’s market cap currently stands at $97 million US dollars.

660 transactions amongst holders of 0x occurred yesterday. Regarding a tally of holders, Yesterday saw 0x’s wallet count rise by 136. If we observe percentage growth in holders and transfers, we find that 0x ranks 19 out of the 32 Ethereum tokens we are tracking.