Paxos Standard’s current price, at the time of this writing, is $1 USD, down by approximately 0.3% from the day prior. The down day for Paxos Standard yesterday was a reversal from the day before it, which puts its price at 0.06% below its 20 day moving average. Over the past two weeks, price has been in an up trend. Traders looking for a range to trade within may wish to note that the Bollinger bands (a price indicator based on recent momentum and volatility) for Paxos Standard imply the currency may oscillate between $0.998237 and $1.003063, based on how price has behaved in the two weeks prior. As we are closer to the bottom of that range, rangebound traders may wish to consider exploring buying opportunities. 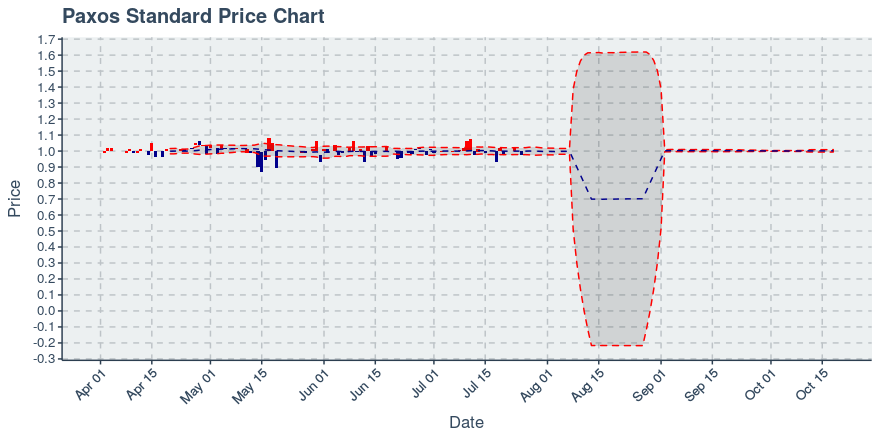 The currency’s market cap currently stands at $250 million US dollars.

Paxos Standard’s Surprises of the Day

Since yesterday, Paxos Standard saw anomalous behavior in price and transfers added. It may be worth looking into the causes of this a bit more.

Paxos Standard hasn’t had any activity on any of its GitHub repos since October 16, 2019 — 2 days prior. Over the past 30 days, we’ve seen open issues across Paxos Standard’s GitHub repositories grow by 0 per day on average, while the number of watchers has grown by 0.07.