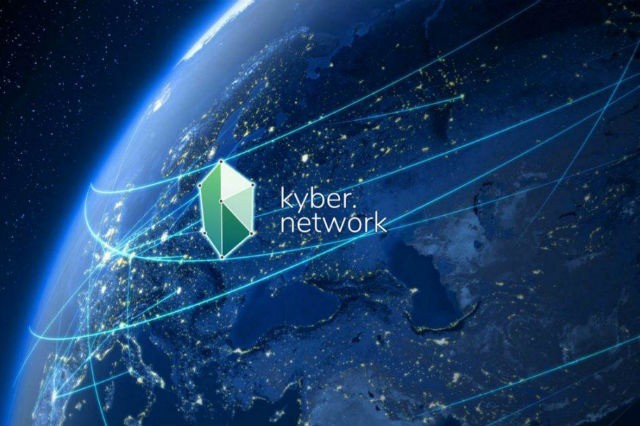 Kyber Network is down by approximately 1.38% from the previous day, with its price currently hovering around $0.6703 USD. The past 24 hours mark a reversal in price from the day prior; it should be noted, though, that price is still in an up trend, and is currently 14.88% above its 20 day moving average. Staying above this level may be critical to sustain short-term momentum. From another vantage point, note that price has gone up 5 of the past 10 days. As for the volume underlying yesterday’s move, note that the price change occurred on volume that was approximately 73.64% less than its 7 day average volume.

As for Kyber Network’s expected trading range — as forecasted by the Bollinger bands indicator, which determines a range based on momentum and volatility over the past two weeks — is between $0.412374 and $0.754576. As we are closer to the top of that range, rangebound traders may wish to consider exploring shorting opportunities. 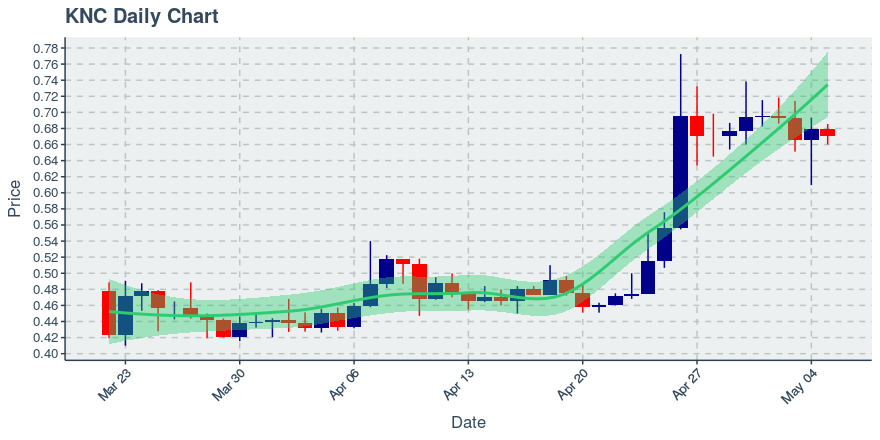 The market capitalization of Kyber Network, or the amount of US dollars it would take to buy up all the circulating coins, is currently estimated to be $121 million.

1,518 transactions amongst holders of Kyber Network occurred yesterday. In terms of estimating the number of holders, over the past day the total number of wallets holding Kyber Network has gone up by approximately 51. To understand loyalty or repeat usage amongst holders of Kyber Network, we can note that there were 515 wallets making a transaction yesterday, while 8,119 wallets have sent or received tokens in the past month; this imputes a daily active wallet to monthly active wallet ratio of about 0.06.

In terms of wealth concentration, the richest 1,000 wallets own 107.45% of the coin’s total money supply. Ownership exceeding 100% is due to the fact that our supply metric is focused just on available supply, and some large owners of Kyber Network have ownership they cannot sell at this time — but may be able to in the future. Drilling down to just exchanges, the top 1,000 wallets that are exchanges control 7.47% of the currency’s money supply. Exchange ownership grew by 0.04% over the past week, while the overall ownership percentage of the top 1,000 richest wallets grew by -0.02% over that time period.

Twitter appears to be the most popular place to follow the company, and thus may be worth monitoring. Here is the Twitter page for Kyber Network.