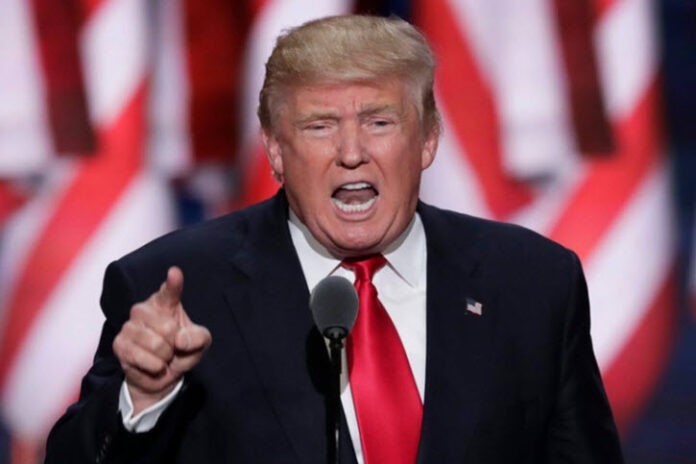 The last several weeks saw plenty of serious hack attempts on US government networks, as the US presidential elections kept approaching. Numerous hacking campaigns had the US citizens quite concerned about the integrity of the election process, and so far, it appears that hackers are more than willing to search for new ways to manipulate elections.

The latest attempt took place on October 25th, as President Trump held his speech to supporters in Wisconsin.

Reminder: This is a war crime. Trump is casually confessing to war crimes. pic.twitter.com/xDo0GjSp9h

While Trump was at a rally in Wisconsin sharing his views with those who gathered to hear what he had to say, his website was saying something completely different.

An unknown gang managed to hack his website, and publish fake banners of the Department of Justice and the FBI. Underneath them, in a lower-case message, it said that Trump’s website was seized due to classified information.

.@realDonaldTrump's campaign website has been hacked. Doing research for a climate change article and this is what pops up: pic.twitter.com/Kjc2ELSdAV

The move was meant to serve as proof that Trump and his government were somehow involved in the origin of COVID-19.

Furthermore, hackers posing as government agencies also claimed that they would soon reveal proof of Trump’s ‘criminal involvement’ with foreign actors who have been trying to manipulate the 2020 elections.

Finally, the hackers — still claiming that they were the DoJ and the FBI — made an offer to either expose a ‘massive scandal’ or ‘keep it under wraps’ if funds were sent in the form of a privacy coin, Monero (XMR).

Hackers may have Used Phishing to Conduct the Attack

The coin, known for being difficult to track, has often been used by hackers in various campaigns, particularly when it comes to ransomware and blackmail.

As mentioned, a number of other attacks have been targeting networks all over the US, and officials noted that they are mostly coming from Iran and Russia.