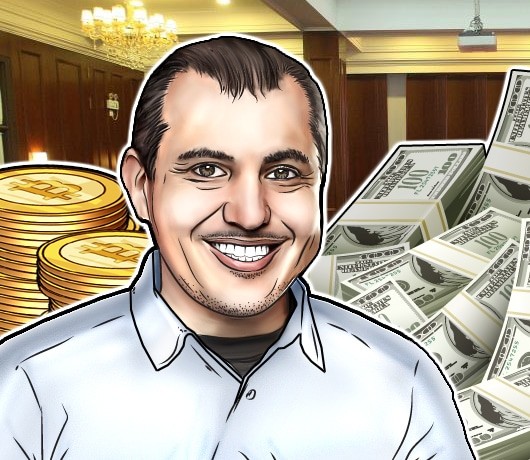 A woman has reportedly given away 25 bitcoin, adding to a flood of donations worth around 154 bitcoins, helping to bring the total amount to nearly $2.6 million.

The one receiving the donations? Andreas M. Antonopoulos who is known for delivering keynote speeches about the digital currency’s potential and has written technical books on the cryptocurrency. The 25 bitcoin from the woman comes at a time when Antonopoulos began receiving donations. This happened after Roger Ver, also known as ‘Bitcoin Jesus,’ started mocking him for not getting rich off of his bitcoin investments. In a bid to spread the good faith, Antonopoulos is reported to have sent one bitcoin to one reddit user for making the woman a profile picture.

Antonopoulos, who makes his living from donations from Patreon to fund his work and living, stated that he wasn’t a multi-million, after someone on Twitter claimed that he was because of his early involvement in the bitcoin sector. Antonopoulos, however, argued that he was ‘working for free, instead of investing, for the first two years.’ He added that he had just got out of debt.

Ver, known for his efforts at promoting the digital currency, more recently bitcoin cash, then said on social media that ‘if he’d invested even $300 in bitcoin in 2012, he’d be a millionaire now.’ However, Antonopoulos hit back stating that he had invested, but had to sell them in 2013 in order to pay for rent and to support his family. In 2013, the digital currency was trading around $13 before surging to $1,200 at the end of the year. Fast-forward to 2017 and bitcoin is currently valued at $17,143, according to CoinMarketCap.

Writing in a Patreon post, Antonopoulos wrote, according to Fortune:

Within days of Ver’s comments, though, strangers started donating their own coins to Antonopoulos’ bitcoin address. According to data provided by Blockchain.info, he has received 154 donations. With the flood of donations pouring in, Antonopoulos took to social media to express his gratitude, stating that he was going offline for a few days, adding:

“I need to process everything that happened.”