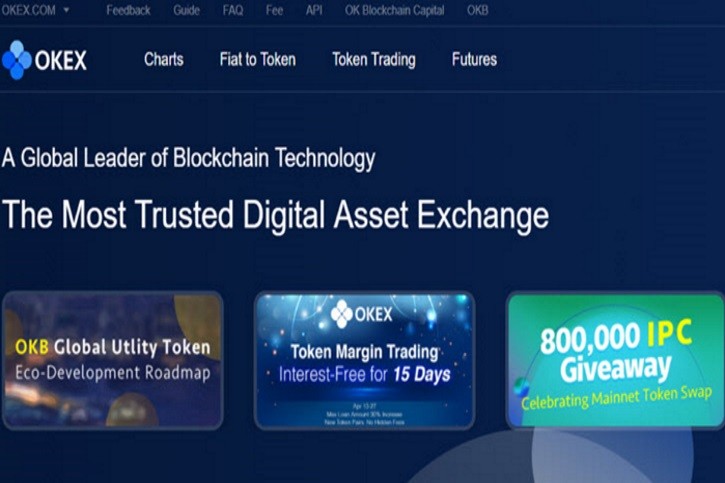 A crypto trading platform owned by OKCoin, OKEx, has officially denied any involvement in the recent Bitcoin futures manipulation attempt. OKEx released a statement on their website in which they addressed the rumors that were spreading through cryptocurrency-related circles.

The beginning of the statement accounted for events that took place which resulted in an attempt of Bitcoin’s futures market manipulation. This included a rollback step that the platform took. One of the precautions taken to prevent something like this from happening again was an establishment of rules regarding the price limit, the statement also mentioned.

OKEx’s comment regarding the rumors of their involvement in this incident mentioned the company being a digital asset firm that serves millions of customers. They defended their decision to rollback the futures contracts data and said that this was done in order to provide better protection for their customers. Another part of the statement said that the platform provides order book services, apart from which they don’t actively participate in any type of trades.

Next, the company addressed the incident itself. They stated that all of their revenue streams came from trading fees alone and that they earn nothing when it comes to exploiting the volatility of the crypto’s prices. With that in mind, it is clear that they would not receive anything from market manipulation schemes, and they further said that the company and its business practices are committed to maintaining the stability of the market. Manipulating it in any way would be counterproductive for the company, as well as for the market itself, which is yet another reason why allegations against the company don’t make sense.

One aspect to these rumors that might damage the company’s reputation after the rollback includes screenshots from their platform’s charts. OKEx claims that the screenshots represent a false situation of platform’s market, and has even offered to provide the general public with real ones. That way, anyone will be able to compare them and draw their own conclusions.

The incident in question happened on Friday, March 30th of this year. OKEx’s process of trading Bitcoin futures was temporarily stopped after the platform took notice of unusual activity in the market. The platform’s statement says that there were irregular selloffs that started appearing at 9pm and 10:30pm UTC.

Naturally, this caused immediate red flags and the team investigated the issue. The direct consequence of the selloffs was a major drop in Bitcoin’s price.

The platform decided that the best course of action would be to immediately halt their trading activities. After the process was completed, they performed internal consultations, which resulted in a decision to rollback the entirety of the futures contracts data. This rollback included all transactions that occurred before 8:47pm UTC on that day.

In order to compensate their customers, the company offered a one-week waiver of their transaction fees.