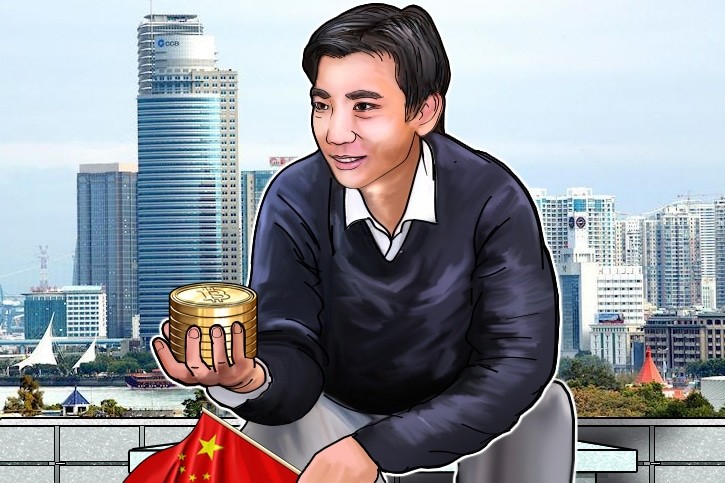 Cai Wensheng has openly criticized the Chinese government’s move to ban ICOs and mining in the country over a concern that it could lead to China losing its significant presence in this developing market.

China placed a ban on ICOs and exchanges in October 2017. The news came as a shock to the entire world since China was the largest trader in cryptocurrencies like Bitcoin. The move was intended to increase regulatory stronghold on cryptocurrencies and their operation and prevent common internet users and investors from fraudulent businesses. However, Meitu Founder Cai Wensheng says the move isn’t a bold or smart one.

Wensheng said that China is a hub of the world’s Bitcoin mining, and he is quite right. He said around 80% of the total mining for Bitcoin is done by hardware in China, and cracking down on miners in China could prove damaging for the Chinese economy. He said that China should instead use the surplus power it has to mine more Bitcoins and continue to assert its dominance in the market. The coins mined can then be sold to other countries like Japan, USA, etc. If the government decides to continue their shakedown of Bitcoin ICOs and mining, then miners will potentially migrate overseas and will have to spend a lot in foreign currency exchange instead.

Cai Wensheng is of the opinion that ICOs are important because they allow ordinary investors to fund projects that could give them huge returns. Without ICOs, the opportunities are quite limited for them. As for the problems surrounding Bitcoin, he simply stated that it is along the lines of challenges faced in every business. Any new technology or idea is bound to face obstacles around every corner, but one cannot put their hands up in resignation every time it happens. It’s just a part of the process, and the cryptocurrency wave will ride through these problems as well.

Asked to expand on the matter, he was quick to compare the crypto frenzy with the dot.com bubble of the late nineties. While Wensheng conceded that only a few companies of the many who made Initial Public Offerings back then are still in existence, he said that even if a few cryptocurrencies survive and one of them goes to the heights of Amazon, then that would be victory enough.

The total world’s Bitcoin mining is done by eight major mining pools, six of which operate out of China. It is clear that China enjoys dominance in the market, which Meitu founder, Cai Wensheng, feels should not go to waste. He insists that increasing the regulations on this sector will probably be counter-productive and the decision is one which government officials will regret in the future. The challenges that Bitcoin and other cryptocurrencies face are not that different from other businesses. Price fluctuations in the economy happen for many reasons, but that doesn’t mean there should be an outright ban on a currency, according to Wensheng.