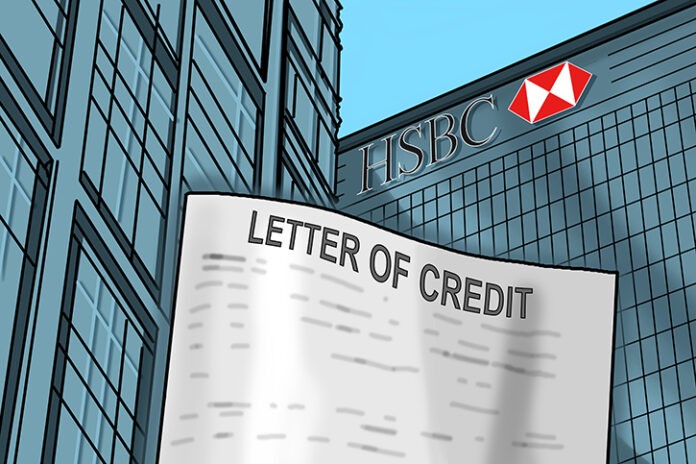 HSBC announced on Monday May 15th that it has completed the first trade finance transaction that is commercially viable via blockchain technology.

HSBC issued a letter of credit via blockchain for the company called Cargill, which is a US-based food and agriculture firm. The bank said that the transaction involved a shipment of soybeans, which went from Argentina to Malaysia. As for the letter of credit, it was issued by the bank to ING, a Dutch lender.

Letters of credit such as this one are often sent between banks to serve as a guarantee that the seller will issue a payment if certain conditions have been met. If sent by traditional means, the process like this would usually take much more time and paperwork, not to mention various conformations between the involved parties, which can be both expensive and time-consuming.

However, this time, the banks used blockchain to store necessary data regarding the shipment, which sped up the process immensely.

Blockchain as a technology enables transactions to be recorded over a large network. It is the tech that underpins Bitcoin (BTC), and it can record every type of transaction that happens within the network, creating a public ledger. This principle was adopted by the banks for the purposes of ledger decentralization and from here it was just a small leap to apply the process to their own transactions.

In this particular case, HSBC used a platform that was made by R3, which is a blockchain startup. R3 is known to work with various banks to implement blockchain solutions into their regular business practices.

HSBC’s head of growth and innovation, Vivek Ramachandran, has stated that thanks to the blockchain technology, transactions are instantly recorded on the platform, and visible to all participants. This has effectively eliminated any need for a paper trail.

Both ING and HSBC have stated that the entire transaction was one within 24 hours. Considering that such a thing usually lasts five to ten days, this is an amazing efficiency to bring.

Blockchain supporters claim that this is only a fraction of blockchain’s true potential, which can prove to be of use to any industry. It is expected that the best targets when it comes to adopting this tech are sectors like healthcare, finance, and insurance.

Of course, proof-of-concept transactions have been done via blockchain before, but what HSBC and ING did proves that this concept can have commercial applications.

More and more companies have started joining in on the new trend, just last month, Ripple teamed up with Santander to make a foreign exchange service. If the project is realized, sending funds across the border will see them arrive at their destination within the same day, which will be a game-changer for nearly every business sector.