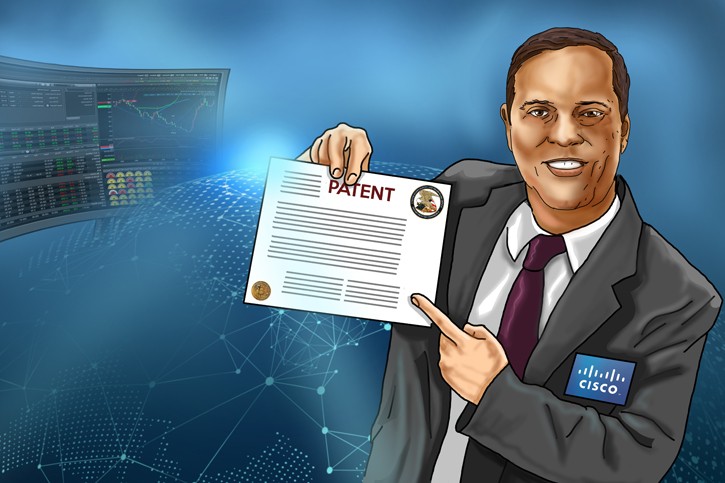 Californian IT and networking company, Cisco, was granted a new patent last Tuesday for a new cloud computing app which will be crowd-sourced, and which the firm claims can be used for crypto mining.

The patent was awarded to Cisco by the US Patent and Trademark Office on Tuesday, and it includes a system that will grant its users the ability to divide their processing power. By doing so, they will be able to make a new cloud application and use it for various purposes, one of which is mining digital currencies.

The company states that the processing power can be shared with ISPs, peers, app providers, and various third parties.

The company anticipates that the system will have applicability in Bitcoin mining, which, for the purposes of ease and convenience, is usually executed as a group, or “mining pool”. Mining digital currencies requires a lot of power, which can lead to large expense. Through crowd-sourced cloud mining, these expenses can be reduced, and cryptos like Bitcoin can be mined much easier.

Cisco’s patent filing stated that the distributed processing can be offered by an easily-scaled system which will provide a certain resiliency from attacks. Added to this, service providers will be able to use geographic distribution to optimize the network loading or to resell storage and computing capacity at low cost and large scale.

Cisco has developed previous systems based on blockchain technology, such as their confidential group messaging network for which they were granted a patent last month. As the name suggests, this system will ensure that communication remains secure, even when the conversation involves group messages.

Another patent Cisco filed is for IoT devices based on blockchains. This tech can be used for identifying devices that are connected to the same network and track their activities. t has the potential to evaluate whether the devices connected to that specific network are trustworthy or if they present a liability.