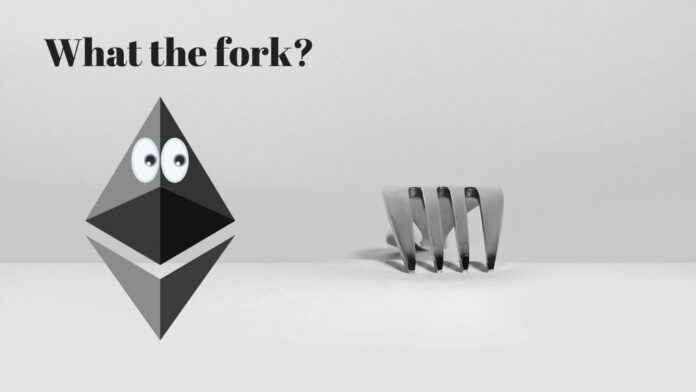 With the approximate date for the Merge bow revealed, a Chinese miner is planning for yet another insurrection.

seems like there's a stronger argument for the fork.. $ETC mining daily reward is only ~$700m vs ~$24m for $ETH

According to an announcement on Twitter by the high-profile Ethereum miner Chandler Guo, there will be a hard fork to preserve Ethereum’s Proof of Work consensus mechanism once the Merge rolls around in September. Guo also set up a website, signalling that his intentions are serious.  Apparently, the fork is also supported by Justin Sun, who announced that his exchange Poloniex will honor any upcoming Ethereum forks.

It is however doubtful that many miners will move to Guo’s ETH PoW chain once mining will become obsolete on the Ethereum mainnet. So far, two of the largest Ethereum mining pools, AntPool and Bitmain, have expressed that they will move to Ethereum’s original legacy chain Ethereum Classic. Since there is an estimated sum of 5 billion USD worth of mining equipment in circulation, other miners will be looking for alternatives as well.

Miners vs. HODLers: the final round

Earlier this month Ethereum core dev Tim Beiko announced a tentative Merge date for September 19. This leaves only little more time for miners to decide where they are planning to migrate to. Historically, there has always been a certain conflict of interest between miners and HODLers. Since under PoW miners have all of the governance power, they can make changes to a blockchain’s consensus rules, or fork a blockchain entirely, even against the interests of the community at large.

This conflict almost escalated before the implementation of EIP-1559, which slashed the gas fees miners earned. Some miners even threatened to conduct a 51% attack on Ethereum in protest. This was resolved by delaying the difficulty bomb once more and pushing the Merge further back in the process, which satisfied the miners.

While miners hold the governance power, HODLers ultimately give a token value. It is questionable whether the Ethereum community will want to put up with miners again by buying and HODLing the ETH PoW coin.

What may give ETH PoW an advantage is that DeFi on Ethereum Classic is virtually non-existent. If Ethereum would fork now, the fork would include all DeFi projects on the Ethereum mainnet, but it would either be up to the projects themselves to support the fork, or require third-party devs to come up with front-end DApps for DeFi protocols on ETH PoW.