Canada is currently in the process of drawing up regulation for cryptocurrencies. A special framework devised by Couillard government back in May of this year brought an interesting proposition, that includes the sale of Quebec’s hydroelectric plants’ excess power. If adopted, the regulations will see this power sold to crypto miners to backfill the resources needed for the activity of mining cryptos.

Le Journal de Montreal‘s recent report states that Pierre Moreau, the Minister of Energy of Canada, is focussed on the crypto mining industry and, in particular, the energy usage that accompanies this sector.

Hydro-Quebec, Quebec’s main supplier of hydroelectric power, turned down miners’ requests for the cheaper power back in March of this year. According to the company, the main concern is that mining could sap up to 25% of the power output since the estimated number of mining companies exceeds 100, and they all made requests seeking a reduction in the price of energy needed for mining,

In a new twist, after Quebec assessed the possibility of economic benefits accompanying the mining of cryptocurrencies, a survey was launched as part of the investigation into this matter. A report issued by the Auditor General brought interesting results, stating that Hydro-Quebec produces a large amount of excess power, in the region of 13 TWh.

The company was caught off-guard after Moreau insisted that the plant doesn’t see the entirety of its production capacity absorbed. The plant’s CEO, Eric Martel, stated that the company already has plans to sell around 5 TWh to the crypto mining sector in the coming years. However, after the initial excitement regarding new potential customers, the plant quickly realized that the number of requests could exceed their production capabilities.

The use of extra energy comes with conditions

According to the proposal, Régie de l’énergie and Hydro-Québec will have to determine different rates for crypto mining energy and a new ‘load shedding’ measure will be introduced to ensure that the mining sector receives a lesser portion of the electric power during periods when regular citizens’ needs increase.

Marc-Antoine Pouliot, the Hydro-Québec’s spokesman, made it clear that the company’s mandate is to ensure that cryptos can maximize Quebec’s economic benefits. However, the stability of the company’s supply of electricity must also be ensured.

The decree currently stands as a proposal and its skeptics remain in opposition. However, over 100 mining teams are interested in seeing it come to life, and for two main reasons – they would be able to continue their mining operations at all times, and the machines would remain cool thanks to the cooling pipes that they would be able to keep running. 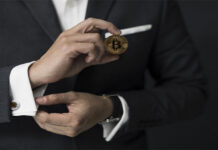 Ripple CEO Wants Bitcoin To Succeed Despite Past Criticism