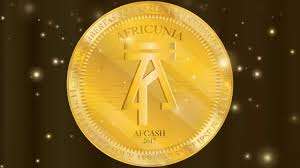 Africunia proposes an entire digital banking model, built on blockchain technology and financial investments. The aim of this African project is to offer the usual traditional banking services (and more), but via more technologically advanced methods. They propose a simple-to-use system. They intend to operate banks with no physical presence, and no geographical limitations. Africunia introduces a blockchain banking model improving ease of transactions, eliminating delay or errors.

Africunia is creating its own token called Afcash, based on Ethereum‘s ERC-20 standard. Afcash is going to serve as a medium of exchange like regular currencies. This digital currency owned by Africunia will ease banking transactions, as it forms a link between physical and digital financial transactions. While it has the primary aim of helping Fiat currencies in Africa, it would also serve as a bridge between Africa and the rest of the world.

Afcash can be bought during its ICO stage which opened on the 1st December and ends February 28th. After this period tokens can be withdrawn by investors from the ICO platform into their wallets.

You can buy with Bitcoin, Ethereum, Credit Card, Debit Card, or PayPal. You can pay directly into one of Africunia’s bank accounts depending on your location.

The Revenue Sharing System: Annually, all holders of Afcash will share from 20% of the total profit generated by Africunia that year.

To reward investors for creating public awareness. Africunia is offering 2% of the total tokens issued during the ICO.

Africunia’s website lists five core executive members of the team, along with twelve staff ranging from marketers to programmers to legal advisers and more. Each department is well-equipped with staff who are well-trained and have at least a decade of experience in their respective fields.

Early stages of ICOs oftne have a low social media following but more work needs to be done.

The idea of a cryptocurrency offered with a banking model is still an innovation in the cryptocurrency world, so Africunia could face little competition. However, near competitors would be those offering payment solutions. The indigenous continental perspective it is coming from is unique and may reflect positively on the ICO.

Africunia is professional and easy to navigate, with ICO, Roadmap, Technologies, The Team, Documents, Contacts, Register/Login hyperlinks on the home page linking to more detailed information. The website offers 13 languages.

The white paper is simple, yet professionally written. It is persuasive, on the other hand it lacks sufficient information about the future prospects of Afcash.