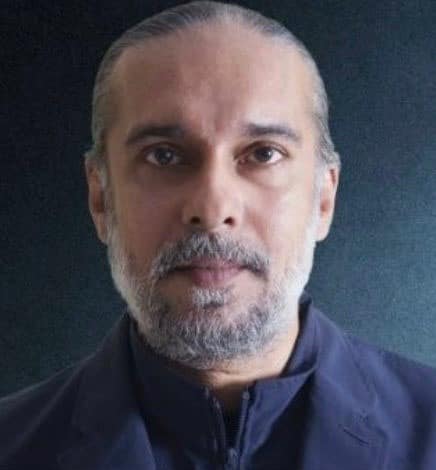 Bobby Bhatia has worked in finance his entire career, much of it based in Asia, working for some of the biggest names in banking and trading. In his sector, he observed the way the world was changing, in particular for millennials and their careers.  ‘The world went from too little data to too much data almost overnight,’ he says. ‘And there was little or no curation. Artificial Intelligence was added in and all of a sudden the challenges facing millennials in their careers were huge.’

‘I saw an opportunity to teach trading as a life skill, proving a primary or even a second income.’

‘In Institutional trading the odds are stacked against the little guy,’ he says. ‘I felt there had to be a way to close the gap and also to head towards a social responsible trading concept.’ Not normally terms associated with trading but Bhatia is on the money in terms of his timing.

He first set up TrakInvest in 2014. It was a free to use, gamified trading platform with phantom money. It was also a world first. Mirroring the top ten equity exchanges across the world, people could set up accounts and learn to trade in a risk free environment.  The ‘Trak’ in the name allows people to track successful traders and copy their trades if desired. In a short while the platform has grown in popularity to a community of more than 100,000 people, of which 35,000 are very active.

‘Someone might be a straight A student but learning trading theory is very different from actually trading,’ says Bhatia.

‘The person’s record on the platform is very detailed. You can see the trades they made, and then ask them about each individual one. For a prospective financial employer this is very powerful.’

Such is the enthusiasm that TrakInvest set up a reality game on its YouTube channel. Over ten weeks the top six traders were featured on the video show, explaining how they made the decision to trade as they did. TrakInvest also brought in legends of the Capital Markets to mentor the contestants, Each week, people were eliminated if they fell down the rankings, creating a natural selection and new people each time. At the end of the series all top 100 traders were offered jobs or internships.

The success of the show – more than 600 minutes of original content and 10 million viewers – attracted the attention of the ET Now, India’s biggest business news TV channel, which is a group company of Times of India. As a result, the second series will be telecast on ET NOW this year to vast audience.

TrakInvest not only acts as a talent identifier and education platform, it also brings with it the holy grail of all trading engines – data. However, the data generated on TrakInvest differs from traditional trading data. Firstly, it is unstructured data collected from blogs, forums and chat rooms. Secondly, there is a vast amount of transactional data available based on the community of traders. Nowhere else has this depth and cross sector knowledge base.

This has expanded its reach into mainstream education. Across India and Thailand there are TrakInvest learning centres attached to 20 colleges, giving real experience to would-be traders without the associated risks.

So, now enter the blockchain, cryptocurrency and the ICO. This was an obvious step according to Bhatia. It is also another first to have a cryptocurrency virtual exchange.

‘We know how social media such as Facebook and Twitter hi-jacks our data,’ he says. ‘We are big on the ‘my data is my data’ philosophy. We were educating people on the risks of trading and also the rewards. We allowed members to track successful traders and so we began to think wouldn’t it be nice to reward them properly.’

On the blockchain, and using the key features of immutability, transparency and most importantly, smart contracts, TrakInvest will now monetize the good content generated. It operates three key features.

Certification: People can sign up for a course that lasts typically 3 months, or shorter if they are very capable. They must consume data but also achieve real time trading results too – hitting the top ten leaderboard. This is not easy but it is achievable. Once completed this will be stored on the blockchain for prospective employers to view.

Next up TrakInvest will monetise reputation. People can follow the more expert traders, crowdsourcing wisdom if you will, in exchange for tokens. ‘Before smart contracts this was not possible,’ says Bhatia.

Finally there is huge data collected on the site. This can be sold to external organisations and the fee split with the creator of the content. ‘This is a fair redistribution of wealth,’ says Bhatia.  ‘The creator and not the platform benefits the most with 70% of any fees donated to the creator.’

In some ways it might seem unusual to use trading a new form of income. Traditionally trading have all been staked with the big guys, the house always wins and there are some shocking accounts of brokers scamming off their clients. Then with the huge interest in cryptocurrency, it seems everyone wants to be a trader.

‘TrakInvest will help people wanting to earn an income but it can also help people just wanting to punt on cryptocurrency,’ says Bhatia. ‘We are talking to various exchanges about putting us up a front room. Let people practice, get used to the system, and learn how to navigate a cryptocurrency exchange, before they sign up to a real exchange  This will promote social responsible trading as well as helping the exchange cut down on support issues – they can choose to fast-accept people who have used the pilot first. Given the main issues for Binance at the moment, this would have to be a good thing.’

All up, TrakInvest aims to create 20,000 jobs in the next year. The pre ICO is live since December 16 and they hope to raise approximately $15 million now and then a further $15 million in the main ICO later on in the year. After that, it’s every millennial for themself!