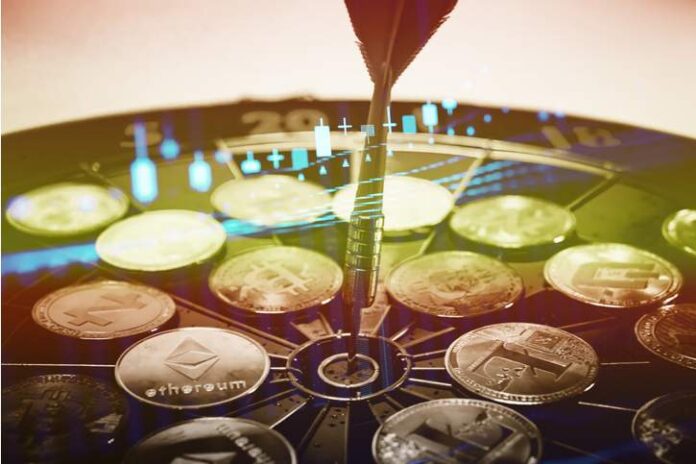 The sudden market surge towards the end of last year resulted in 2017 being christened ‘The Year of Cryptocurrency’, and it’s easy to see why. Bitcoin’s sharp growth acted as the rising tide which floated all boats and the subsequent crypto market boom is still fresh in everyone’s memory.

Yet a closer examination of the numbers reveals 2018 to have surpassed the previous year already, at least in terms of the volumes of money invested in ICOs.

By March of 2018, $7.3 billion had been poured into cryptocurrency ICOs – that’s considerably more than the total of $4 billion raised throughout the entirety of 2017. Even if we exclude the $4 billion EOS ICO, which ran over the course of a year, the numbers are still comparable.

The second quarter of 2018 sought to continue the trend, with ICO funds rising to almost $2 billion for May alone, before jumping to $5.7 billion for the month of June.

That was before a sudden reversal of fortunes which saw monthly ICO funds slashed by 84%, as July’s numbers fell to a mere $800 million – the lowest number recorded since 2017.

From there, things got worse with that number almost halving again down to $450 million – another new low. The contrast between Q1 and Q2 of 2018 is so stark that it requires further analysis.

In 2017 the number of ICOs launched in a month averaged around twenty. In 2018 that average is closer to one hundred. 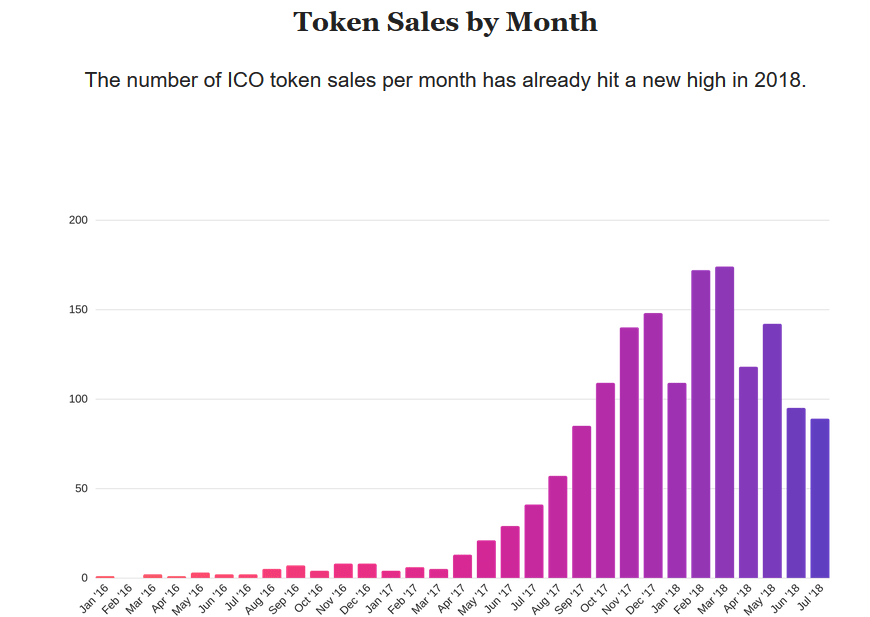 And now it seems the sheer saturation of ICOs is starting to have an effect: coin offerings have almost halved since their March peak, falling to less than 100 per month for June and July. That’s the fewest number of monthly ICOs since September of 2017.

In Q1 of 2017 the average investor was making 30% returns on their ICO investments. That number floated around the 20% for the majority of 2017, but as the ICO boom ramped up towards the end of the year that number soon dropped off entirely. 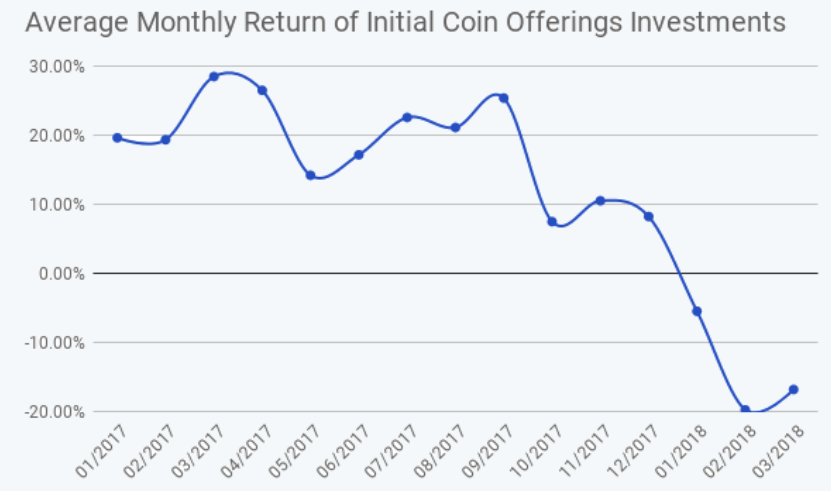 So much so that average returns for the year of 2018 have been completely non-existent, with nothing but losses since January. By Q1 of 2018 the average ICO investor was taking a 20% loss on their investments.

These averages may paint a broad picture, but it’s one that’s worth examining. The crossover point, when ICO investments went from being a profitable investment to an average loss-maker, came directly at the turn of the year when the market was booming. Obviously, this had the effect of enticing more and more people to try their hand at the ICO game, which effectively destroyed any stability or integrity that the market had up until that point.

This kind of dynamic is not necessarily unusual and can be witnessed whenever a new space in the market opens up which people see potential in. It’s now a question of whether or not the ICO market can stabilize, or whether its short run thus far will be the ultimate extent of its shelf-life. More token distribution methods are popping up which effectively sidestep the ICO route altogether, such as airdrops; so there’s no reason to believe that ICOs are here to stay.

A funny anomaly pops up when comparing ICO returns to the average monthly price of Bitcoin. On average it appears that the lower the price of Bitcoin, the higher the average returns are on ICO investments. This could be a sign that when Bitcoin is down, people are more willing to take a chance on what they see as a better alternative. 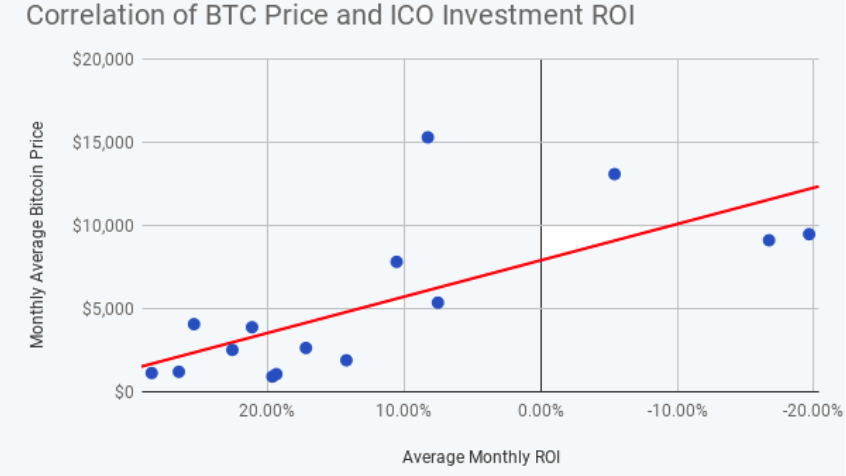 However, this data could also be misleading, since the majority of ICO returns came in early 2017, when the Bitcoin price was already low. Bitcoin is at a relatively low price right now, and yet ICO returns are still down.

Overall, the general sentiment seems to be that people are perhaps starting to lose faith in the initial coin offering. But then it could just be that we’re in a summer dry spell and that normal activities will resume once we encounter another market surge.

All statistics and graphics taken from ICODashboard.io