The Aziza project reads like the blurb for a blockbuster film. It is an oil and gas company operating in Africa, Namibia to be exact, which has secured a 22,000-kilometer prospective hydrocarbon concession with the backing of the local community. It is working with advanced unique AI algorithms to enhance the probability of finding oil and gas. The founders have turned down, out of hand, an unsolicited investment offer of $500million, not because it wasn’t enough, but because the investing group could not commit to respecting their social and environmental standards. And it has the potential to turn oil and gas into clean energy to light up the entire African continent.

It sounds just like the plot for a Wilber Smith book. But then there is the tagline – The Aziza Coin: one coin to light up Africa and suddenly we are in Tolkien territory. It’s not often that an ICO project has the potential to reference to two giants in modern storytelling. But then there are some 630 million Africans who today live off the grid. It is hard to imagine what life would be like without power – no lights for reading at night, no refrigeration, no internet, no washing machines, in fact, no electrified equipment to help run a home, an office or a factory.

The project is based out of Africa New Energies (ANE), which owns the rights to the prospective hydrocarbon concession the size of Wales. The Aziza Project owns 20% of ANE so it is very much asset-backed, some $500 million if the rejected bid is to be used as an initial valuation.

In fact, the pricing of the stakeholding in ANE could be worth significantly more if the hydrocarbon resource is proved, potentially $1.1 billion.

In addition, ANE is using proprietary AI and ML in its fuel detection, which is more than 300% more effective in detection and a tenth of the traditional survey costs.

The expected funds arising from the concession will be large enough to fund the process of turning the oil and gas deposits into clean solar energy via a hybrid gas-to-solar strategy to electrify Namibia before turning to the mammoth task of electrifying the entire African continent.

“We had no choice but to go down the security route as we do see our token rising in value through the efforts of the team. It’s clear from the Howey Test and we wanted to be as ethically sound as possible.”

The Aziza project is asset-backed and will be built on Ethereum.

“The token will derive its value from the value of the assets held by the project, and we are looking to raise $60 million through our ICO which will allow us to complete a ten well drilling programme.”

“Once the funding is in place, the Aziza Project will then select young oil and gas related projects that have the potential to create intergenerational wealth for token holders, shareholders, communities and entrepreneurs. These businesses will be backed by both finance and services, giving them every chance to succeed.”

“We are here for the long term,” says Pyke. “We have built in cascading profits for people who want to leave the party early, but we are partnered with the local community and pride ourselves in presenting an ethically founded company despite the fossil fuel origins.” 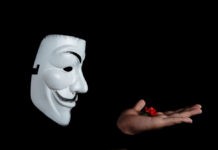 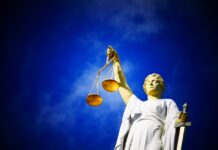