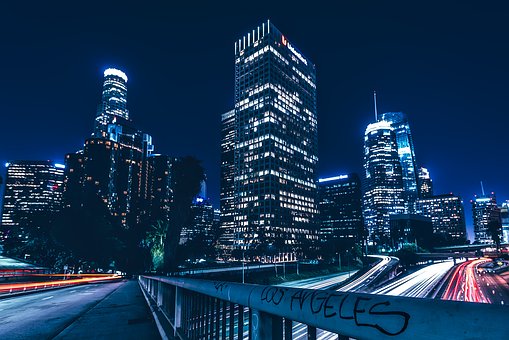 Since its introduction in 2009, Bitcoin has grown into a billion-dollar market with many cities welcoming the introduction of new technologies to facilitate its adoption. However, some cities around the world have tapped into the crypto-craze much quicker than others, according to new research by cryptocurrency brokerage, CryptoGo.

Results show that America is at the forefront of embracing Bitcoin taking six spots out of the ranking, followed by Canada and Europe. Los Angeles tops the list with 878 businesses that accept Bitcoin, 145 Bitcoin ATMs and 45 blockchain meetups.

While Los Angeles may take the top spot in terms of numbers, cities such as New Jersey and Miami that have a comparatively smaller population have an impressively high number of Bitcoin ATM’s and businesses that accept Bitcoin, per capita.

In Europe, London made the cut, ranking sixth with 118 businesses accepting Bitcoin, although it does not have as many ATMs for the cryptocurrency, at 74. Vienna also made it into the ranking; having 27 Bitcoin ATMs and 78 businesses that accept Bitcoin it has scraped in at tenth place. CryptoGo’s research found that Vienna is home to the world’s first dedicated Bitcoin bank, showing its commitment to adopting the cryptocurrency.

From Canada, the cities that have made it into the ranking are Toronto in second place and Vancouver in seventh place. The world’s first Bitcoin ATM was installed in Vancouver on the 29th October 2013 and now the city is home to 48 Bitcoin ATMs, 63 businesses that accept the cryptocurrency and 25 blockchain meet-ups.

While Asian countries such as China and Japan dominate the Bitcoin mining space due to such factors as abundant and cheap electricity, their cities lack places for investors to spend their Bitcoin. For example, the exchange volume distribution of Bitcoin over the past 30 days stood at 47% in JPY followed by 33% in USD, 14% in EUR and only 1.2% in GBP.

“The acceptance of change, adaptation, growth and progression of Bitcoin is clearly taking place at a faster rate in some cities than others. However, this research shows that the Bitcoin community is present and thriving in many different locations around the world”.

While there is still a long way to go before Bitcoin investors will be able to use their cryptocurrency easily in the real world it’s clear that the technology is being tested and used at an increasingly rapid pace. Cities across the globe are racing to be the first to fully adopt the cryptocurrency.