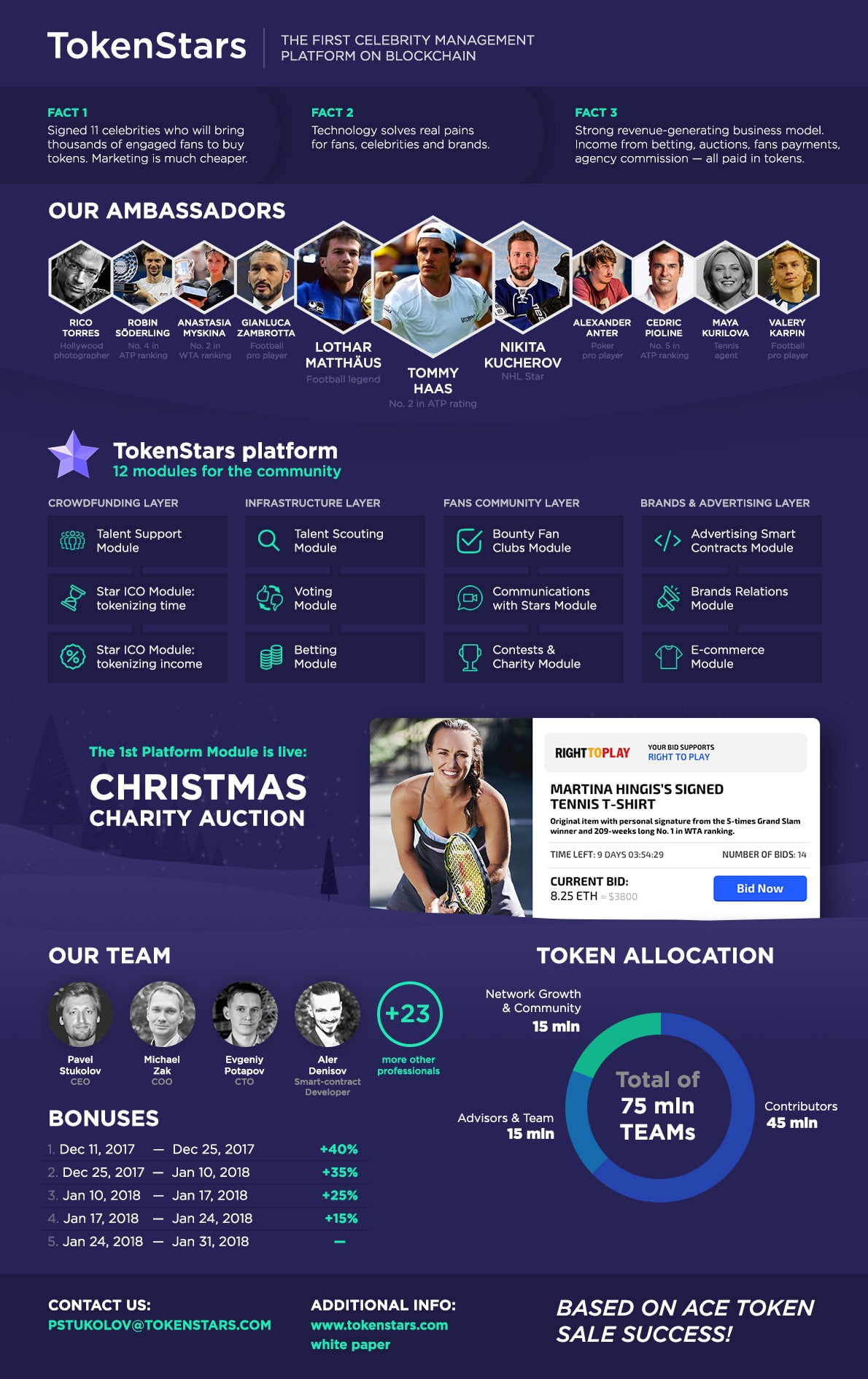 TokenStars, the first celebrity management platform on the blockchain, today announces the launch of the Charity Crypto Xmas Auction. Worldwide famous stars will donate their personal items to one of the first auctions powered by blockchain. Each item is unique and will be sold to the donor who places the highest bid. All money goes directly to the charity picked by each celebrity.

The charity event will start on December 18th and will last until January 7th. Participants can bid in BTC, ETH and TokenStars ACE tokens. Blockchain will ensure the transparency of donations and will help increase the volume of proceeds, as well as enable to track every transaction and see what path the donations took. Once the auction is over, TokenStars will publish a report showing all the transactions.

TokenStars is among the first blockchain platforms to be used it for charity purposes. The idea received massive support from the famous athletes and musicians, including:

The items to be sold include the original jerseys, tanks, tennis racquets, balls and high-class professional ski gear from the celebrities with their personal signatures. Each item will go to the participant who places the highest bid. The starting bid for each item is $250.

All the money raised will go to nonprofit organisations all over the world, chosen by the celebrities. The list of charities includes FC Herzogenaurach Youth Development, Downside Up, Right to Play, Laureus Sport for Good and the Marat Karpeka Lemur Foundation.

“We at TokenStars truly believe that kindness is the best way to countdown to Christmas. We also understand how transparency and trust are important for the charity. So we came up with an idea of the charity event, powered by blockchain, the most transparent and secured technology,” says Pavel Stukolov, CEO at TokenStars. “We highly appreciate the support from all the celebrities who responded to our initiative. The items they’ve donated are absolutely unique and extremely valuable for anyone who is passionate about sports and music. We are honored to join forces with such established names in order to draw more attention to the charities”.

To learn more about the auction and participate, please visit our web site.