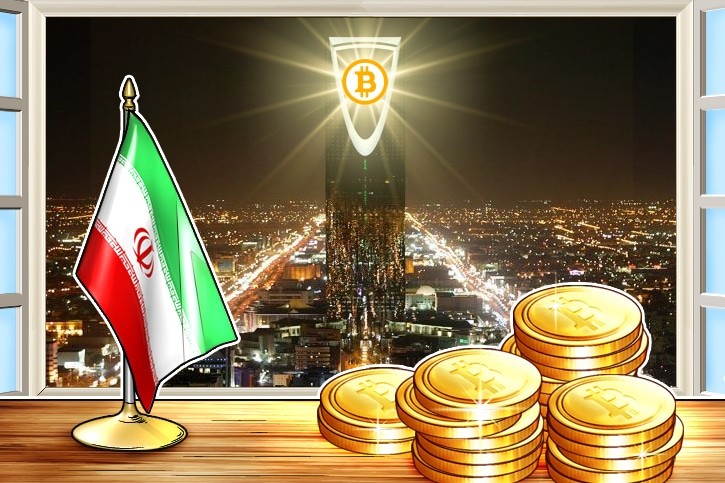 A prominent Iranian banking official recently declared that Iran should utilize blockchain technology to create its very own national cryptocurrency.

The Deputy of information technology and communication at Bank Melli Iran (BMI), Masoud Khatouni, recently declared that cryptocurrencies could be hugely beneficial to the Iranian economic landscape.

According to the prominent banker, Iran should formally acknowledge all activity related to cryptocurrency as these new digital assets are playing a vital role in how banks will operate in the future. In order to benefit from the relatively new branch of fintech, the banker suggests that banks must become actively involved in the industry.

Khatouni continued to state that Iran could stand to reap the many benefits that cryptocurrencies have to offer, especially considering the country’s economic context of still recovering from previous sanctions that were imposed by the United States and other members of the international community. According to the BMI official, Iran should implement a “no limits” attitude when it comes to using cryptocurrencies as well as encouraging innovation in the field. Khatouni noted that he generally advises banks against developing restrictive policies when it comes to cryptocurrency usage, as it could cause Iran to be left behind in the current crypto revolution.

This latest declaration in favor of cryptocurrency is a significant change in attitude compared to other Iranian banks. While BMI is obviously positive about cryptocurrencies, several other banks such as the Central Bank of Iran (CBI) issued an official warning to its clients regarding cryptocurrency. Previously the Governor of CBI, Valiollah Seifand as well as the bank’s head of Innovative Technologies, Nasser Hakimi, urged CBI clients to be cautious when participating in the cryptocurrency market, especially when it comes to bitcoin.

In addition, in December 2017, Mohammad Reza Pour-Ebrahimi, a noted Iranian parliament member spoke out against cryptocurrencies when he stated that the industry was not compliant with Iran’s religious beliefs.

The parliament member noted that and cryptocurrency transactions are completely out of line with Islamic principles, especially with the Islamic view on economics. According to Pour-Ebrahimi, it is the duty of the Iranian central bank to monitor any cryptocurrency-related transactions that are made within the country.

Despite these views against cryptocurrencies, Khatouni maintains that Iran can benefit from the technology, especially as it could aid Iran in navigating its way to recover from previously imposed sanctions. Khatouni suggested that the Iranian central bank should implement cryptocurrencies into their banking solutions and to create regulations that were in accordance with the rest of the world.

The BMI official also noted that while cryptocurrencies are seeping into the economic mainstream, most banks still remained painfully oblivious to cryptocurrencies and its many benefits. The banker warned that the longer Iran chooses to ignore cryptocurrencies, the harder it will be for Iran to enter and become a key player in the industry.

In addition, most Iranians seem to embrace cryptocurrencies. Despite earlier warnings from the Iranian central bank, data from Coindance suggests that cryptocurrencies have grown in popularity in Iran, especially during its latest political upset. According to Khatouni, thousands of Iranians are actively participating in the crypto industry. Khatouni warned that it will be damaging for the Iranian economy if the country forces its citizens to trade in cryptocurrency in secrecy, instead the banker suggested that Iran acknowledges cryptocurrencies and create an encouraging regulatory and legislative framework.

The Iranian central bank intends to make its position clear on cryptocurrencies clear by September 2018.